Behind the Scenes: Organizing a New SPSP Preconference 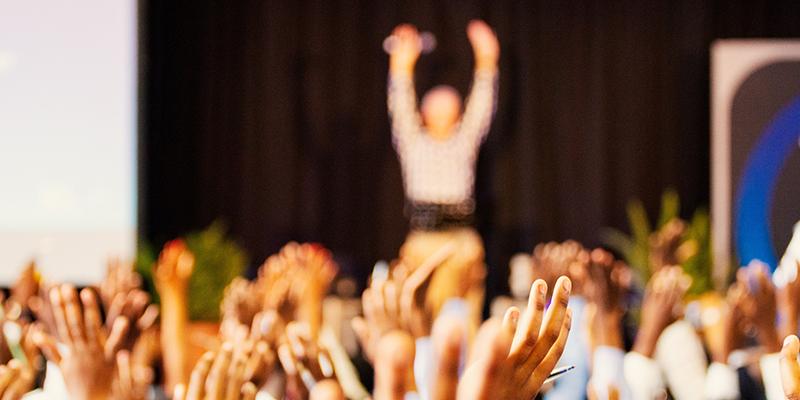 Ever thought about creating a new preconference for the SPSP Convention? Drs. Kenneth Vail and Mark Landau, organizers of the Existential Psychology preconference at SPSP 2019, offer their thoughts and advice:

Kenneth Vail is an assistant professor at Cleveland State University. His research explores cultural activity, personal beliefs, and the self, and how they may be influenced in various ways by underlying existential issues such as humans’ awareness of their mortality, freedom and autonomy, isolation and social connection, and strivings for a sense of meaning and significance. Working on the Existential Psychology preconference was a new and satisfying challenge for Dr. Vail—made all the more enjoyable by teaming up with Dr. Mark Landau, and receiving the support of their grad students, and the input and guidance of their close colleagues in the field.

Mark Landau is a professor at the University of Kansas. He researches how people respond to threatening aspects of existence with compensatory, occasionally irrational efforts to project meaning onto the world and their lives. He also studies how people use metaphor to understand (and not “just” talk about) abstract ideas that matter for daily life. He found it very rewarding to collaborate with Dr. Vail on the new preconference. One fun fact about Mark is that he is very good at thumb wrestling. He also likes cats.

Why did you decide to create the Existential Psychology preconference?

Ken: Back in 2001, there was an experimental existential psychology conference held in Amsterdam. By all accounts it was fun, but it also led to handbooks and spurred quantitative research, helped attract new researchers to the area, and generally nurtured and encouraged a diverse and growing set of theoretical perspectives and research programs. That was before my time, and perhaps back then there wasn’t enough research in existential psychology to warrant subsequent annual meetings, but it was clearly an important event in the history of existential psychology as it opened so many doors for later generations of researchers interested in better understanding the human experience.

Nearly 20 years later, I found myself so often relying on what had since become a vastly expanded literature of existential psychological theory and research emanating from a growing number of labs around the world. So it just seemed like the time had come for, at the very least, another meeting dedicated to the area, and perhaps even an annual event. But it was also important that such a meeting be more than a niche “preaching to the choir”—that it bring together new audiences and highlight the relevance of existential psychological perspectives to areas of “mainstream” social and personality research that might not have traditionally considered themselves from those perspectives. So, an SPSP preconference was a great opportunity to welcome and encourage social and personality psychology researchers working on particular psychological experiences (e.g., threat avoidance, love, meaning, authenticity, growth) across a variety of “traditional” domains of psychology (e.g., politics, religion, close relationships, sex, identity, cognition, emotion) to deepen their understandings of those topics from existential perspectives old and new. As Mark mentioned, the various existential perspectives can enrich our understanding of nearly every corner of social and personality psychology!

Mark: Ken was the first to dream it, but once I got involved, I realized how important this was to do. For one, we wanted to formally recognize a large and influential literature. We also wanted to embolden researchers to study topics traditionally viewed as outside the mainstream of social psychology. I also thought it was a great way to remind the field of the power of theory, because existential psychology is not so much a topical designation as a collection of perspectives that can be used to deepen the study of virtually any aspect of social behavior.

What did you find most difficult about planning a preconference from scratch?

Ken: The most difficult things were making decisions about programming, recruiting speakers and sponsors, and then finding the time/effort to put it all into action. The challenging part about setting the programming is that there are so many options and strategies. We aimed for a series of segments that kept the topics flowing together and building upon each other, but that also changed up the mental and physical activities so it still felt fresh even at the end of the day: moving from an in-depth keynote, to poster session, to research talks, to lunch, to an in-depth special address, to a fast-moving data blitz, and back to research talks. Other related challenges were deciding which themes and research programs to include, recruiting the big-name speakers, securing sponsors to help support diverse student attendance and participation through travel awards, prepping artwork, issuing widespread announcements and calls for submissions/registration, managing the website, selecting poster and data blitz presentations, correspondence, prepping program packets, and so on. All of those ingredients may be easier to work with next time around, but they sure took time and effort to cook up from scratch!

Mark: A big challenge early on was to step back and figure out how to best present this research area to the greater social psych community. The problem was that existentially themed research has often been marginalized. Many viewed it as the preserve of a small band of misfits obsessed with death and other doom-and-gloom ideas. Ken and I wanted to put forward a different image—one of exciting theories, vital questions, and cross-disciplinary connections. That image guided every other decision, from which speakers to recruit to our travel award awardees.

Two other big challenges when planning a preconference are getting your sought-after speakers to commit and drumming up funding for student travel, advertising, and so on. Ken and I were very lucky on both fronts. We are gratified that our “big name” speakers signed on, especially because each could have given the keynote address at any number of preconferences. We are also grateful to the Ernest Becker Foundation, Routledge Press, Worth-Macmillan Publishers, and Cleveland State University for providing generous funds for diversity travel awards for grads and undergrads. Another challenge was to select data blitz presentations and posters from the impressive number of submissions we received from students across the globe. They are doing such great work that we had to make tough decisions!

What is one piece of advice you’d give to someone who is thinking about creating and organizing a preconference?

Mark and Ken: Ask yourself how you see your imagined preconference fitting in the context of the field. These days, we’re less excited about a preconference that assembles a familiar group of experts on a given topic. For sure, that can be a space for a deep intellectual dive, but it can also prevent theoretical and empirical insights from informing neighboring research areas or inspiring new researchers. We think it’s more exciting to organize a preconference around a theme that ties together superficially unrelated research programs. Consider, for example, how our preconference brought together experts on self-determination, authenticity, close relationships, control motivation. Although these topics have their own specialized journals and conferences, we got to see how they each conspire to impact core experiences such as meaning, purpose, and anxiety, love and personal growth, and political and religious struggles. Rather than build an echo chamber of familiar people and ideas, start with a vital and timely theme, such as inequality, and use it to bring together a diversity of voices from across the field that might not otherwise be considered alongside each other.