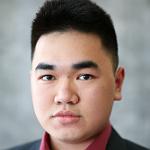 When I learned about my acceptance into SPSP’s Summer Program for Undergraduate Research, I was in Saigon, strategically dodging the dogged cold of Indiana during the Winter Break. My first instinctual response to the acceptance email: “I won’t have to apply for internships anymore!” But on second thought, I sighed in semi-disbelief, “I am going to spend eight weeks at UC Berkeley?” Yes, as the email read, Dr. Juliana Schroeder of the Haas School of Business had agreed to supervise me for the Summer.

I arrived in Berkeley when the sky was pitch-dark. I hurried myself to California on the Saturday of my finals’ week, so eager to experience the warmth of the Bay Area and the change-of-pace from quiet Indiana. After a short trip from Oakland International Airport, I settled down in a small room at a Capuchin Franciscan friary some ten minutes away from the UC Berkeley campus. From the top of the drawer, a statue of the Virgin Mary gawked at me, as though to remind me I was living among priests and theologians—which I was, for two months, as a lay-person guest.

The religious minutiae of my living arrangements were strange enough, though it could not overshadow my excitement for the internship. For an international student studying at a small liberal arts college, opportunities to conduct studies at more prominent and prestigious universities are rare. I am happy and grateful for SPSP’s program, more so when it turned out to be an unforgettable learning experience filled with stories about fascinating people and places.

Fortunately, I arrived in Dr. Schroeder’s lab at a “transitional” time—when student research assistants were leaving the lab to prepare for finals and their summer vacations. I joined the lab just in time to continue some of the data collections, one of which studied the effects of group rituals on group performance. I remembered being trained to shepherd participants into three corner tables, on which lay pens, dice, and broken pieces of paper. The participants—three per session—were supposed to come up with as many uses for a die as possible as part of the group. But before they could brainstorm, they were to engage in a “group ritual,” or, in other words, an arbitrary sequence of movements that were hypothesized to, somehow, influence their subsequent creativity in the brainstorming task.

Data collection for the “group ritual” project lasted for several weeks, during which time I also got involved in other lab activities. For example, together with lab manager Jen Abel, I was able to draw up an IRB application, using UC Berkeley’s system. On another occasion, Dan Stein, a graduate student in the lab, tasked me with literature reviews on religious circumcisions and group norms, which kept me busy for quite some time. Dan also sent me articles on the subjects of the lab’s research: mind perception and person perception, which were fascinating.

Activities in the lab turned mellow in the middle of the internship when students emptied the UC Berkeley campus after finals, but the pace quickly picked up again after our first Summer Research Assistant meeting. Before this, I was involved in entering and cleaning some data sets in the lab. One data set that I remembered so vividly was the “BBC Train” data set, perhaps because I had to painstakingly enter hundreds of lengthy strings of Starbucks codes from torn sheets of papers into Google Sheets, or because I randomly saw the press release of this project on BBC News online publication. I also had to transform at data table from wide to long format. This task should be easy to accomplish with R. But since I did not know R then, I resorted to writing VBA Macros scripts to quickly automate the transformation of the data set. These scripts turned out to be quite helpful, especially when I had to transform a similar data set a few weeks later on short notice.

The Summer RA meeting kicked off the data collection phase for a project that I would remember for a long time to come. Together with another RA—Neha—I was tasked with talking to 100 homeless people around the Berkeley area, asking them to complete a survey about homeless people and students’ needs. The study aimed to demonstrate “demeaning,” which, according to Dr. Schroeder, is a “novel form of dehumanization,” involving the trivialization of abstract needs amongst typically dehumanized populations such as the homeless. Initially, Neha and I did not have any luck walking the streets of Berkeley and recruiting random homeless people, who often behaved in unpredictable ways. After having some experience with the task, however, we refined our approach, targeting community shelters for the homeless and designing a more streamlined process for asking questions, compensating, etc. The results were amazing. We were able to recruit more than 100 homeless people for the survey in under two weeks, and Dr. Schroeder had data that confirmed her hypothesis about demeaning.

Overall, my eight weeks at UC Berkeley Haas were a rare but fantastic opportunity that exposed me to the diverse variety of research activities at a Social Psychology lab. I am happy that I could contribute meaningfully to the ongoing projects in the lab, having collected data for several projects and participated in other research activities. From this opportunity, I certainly have a more informed perspective of my career.

I would like to express gratitude to the Society for Personality and Social Psychology for this excellent opportunity and your commitment to underrepresented voices in Social Psychology. I would also like to thank Dr. Juliana Schroeder for welcoming me into her lab, lab manager Jen Abel, graduate student Dan Stein, and fellow research assistants Neha, Ranjana, Jocelyn, Ashley, Andrew, etc. for their friendship and support in my internship experience. Finally, I would like to thank the Capuchin Franciscan friary for their generosity in accommodating me this summer.