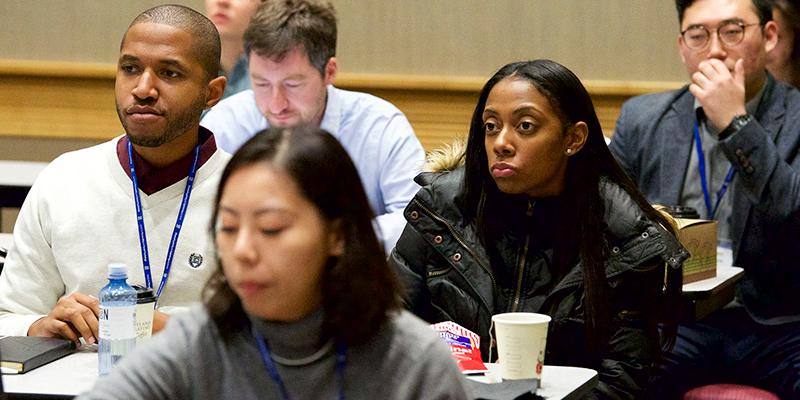 Last month I had the honor of sharing with you a few snippets of the groundbreaking research presented at the 2019 SPSP Convention in Portland. But that was just part 1! So many faculty and graduate students were kind enough to share their work that we had to do this in two parts. See below for exciting new research.

(Note: This does not represent the entire symposia and/or speakers at the conference.)

“Using novel methods, we found that members of dominant and non-dominant groups can look at identical demographic data and come to different conclusions about the degree to which an organization is diverse. Where there is disagreement, thresholds of diversity are drawn by members of both groups in ways that ensure themselves greater representation. This is especially the case when thresholds are set in terms of sufficient (vs. descriptive) diversity, when group status threat is high, and when the non-dominant group is a small minority in the local context. Together, these findings suggest that numerical thresholds of diversity can serve groups’ hierarchical motivations.”

“The content and structure of our cultural identities are mirrored in the structure and content of our habitual social networks. Individuals with well-integrated multicultural identities (i.e., those high in Bicultural Identity Integration) have social networks that are both (1) culturally diverse --i.e., include friends, acquaintances, and coworkers from different cultures, and (2) and structurally well integrated --i.e., network members from culture A know members from culture B. This type of cultural diversity and integration in terms of social network content and structure, in turn, predicts higher levels of both psychological and behavioral adjustment.”

“Breakups are stressful, to say the least. But what happens to receptivity toward a subsequent romance in the aftermath of breakups? Our research drew on relationship receptivity theory, which emphasizes timing in romantic relationships, to examine how ready people feel for committed romantic relationships. In both a cross-sectional sample of people who had previously experienced a breakup, and a longitudinal study examining changes in readiness from before to after breakups, we found that people experience a period of especially low feelings of readiness (or high unreadiness) for commitment immediately after breakup that slowly recovers over time.”

“Invisibility is evident in perceivers’ perceptions of group members as interchangeable and indistinguishable, and is argued to be a unique and under-recognized form of discrimination for individuals characterized by multiple non-prototypical identities (Sesko & Biernat, 2010; Sesko & Biernat, 2018). In two studies we sought to investigate prototypicality as an antecedent of invisibility both for perceivers as well as targets of invisibility. In Study 1 lower perceived prototypicality of Black women predicted invisibility (lower recognition of Black women’s faces; Sesko & Biernat, 2018; Study 5). In Study 2, Black participants who indicated feeling less similar to multiple identities reported experiencing more invisibility, relative to White participants. But also, heightened group identification attenuated this effect, suggesting that perceiving oneself as more prototypical of groups may act as a buffer against invisibility.”

“Based on self determination theory, four studies examined the hypothesis that when people experience satisfaction of their basic psychological needs for autonomy, competence, and relatedness, they would experience lower fear of being single, and be less likely to lower their standards for a potential relationship partner in online dating scenarios. Results from correlational, daily diary, and experimental studies demonstrated that when people experienced greater basic need satisfaction, they were less likely to experience fear of being single, and also less likely to lower their standards in online dating scenarios. These results suggest that social situational forces - specifically, satisfaction of basic psychological needs - play a crucial role in determining the extent to which people feel comfortable with singlehood, and therefore able to select a partner that they authentically desire.”

“Given that dominant-groups are often seen as prototypical perpetrators of prejudice that sustains their group’s power (e.g., Inman & Baron, 1996), salient inequality in which one’s ingroup is relatively advantaged may be threatening to dominant-group members (e.g., Knowles et al., 2014). However, people possess multiple social identities and may be advantaged in one domain (e.g., white race) while concurrently disadvantaged in another domain (e.g., sexual minority). The research in this talk revealed that making such inequality salient along different dimensions of inequality (race, social-class, sexuality) evokes greater perceived discrimination due to one’s other identities.  Additionally, we found that highlighting experiences of disadvantage may lead one to desire to work together with other disadvantaged groups.”

“Researchers have become increasingly interested in covariation of partners’ emotional and physiological responses—the extent to which one partner’s response is associated with the other partner’s response at a future timepoint. However, it remains unclear whether covariation reflects a ‘good’ or ‘bad’ interpersonal process. To address this question, we examined relationships (correlations) between dyad-specific covariation effects obtained during romantic couples’ social support discussions. We found that stronger physiological covariation occurred among dyads who did not actively counteract the transmission of negative emotion between partners. Physiological covariation in this context seems to indicate stress contagion, which might be disadvantageous for dyad members. This approach can be applied in a range of contexts to examine covariation and disambiguate the nature of the interpersonal process being examined.”