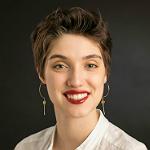 Because of SPUR I had the honor two spent two months this summer, working with Dr. Chen, who has contributed to the social psychology literature much meaningful work highlighting the multiracial experience. Dr. Chen and her graduate student Jasmine B. Norman instructed me during my first IRB protocol formulation, and I assisted them with data checking, cleaning, and analysis on various studies. However, what I found most invaluable about my experience at SPUR were the two independent projects that allowed me to experience the research process from beginning to end.

At SPUR I also investigated collective self-esteem differences, that is private versus public regard of identity in Latinx versus Asian samples. It has been found that multiracial individuals express privately great pride for their identities, however, are simultaneously aware of the low public regard of their identities. Most multiracial groups identify themselves as either multiracial, monoracial minority, or postracial. Still, Latinx White multiracials appear to predominantly define themselves as monoracial white. As a result, I hypothesized that Latinx White multiracials, in contrast to other multiracial groups, have low private regard for their multiracial identity. We used a survey methodology to measure collective self-esteem, public regard, and private regard. Furthermore, we asked participants to indicate their race, ancestry, and preferred racial identity. In line with previous studies Asians (both mono and multiracial) had higher public regard than Latinx (mono and multiracial). However, private regard for identity appeared to be higher for Latinx than for Asian participants. Against my hypothesis Latinx-White multiracials did not have lower private & public regard. However, this might be due to the fact that in contrast to Latinx-White samples in other studies my participants predominantly identified as monoracial Latinx or multiracial and not monoracial White.

Through SPUR I learned how to conducted an extensive literature review, formulate a research question, write up a research proposal, sketch out a data analysis plan, and perform that data analysis, and finally interpret and write up my results. Dr. Chen and Jasmine B. Norman have even been gracious enough to still work with me on the Latinx prototypicality project by helping me visualize it on a poster to present in future conferences. SPUR was one of the best experience I have made so far in my life, as it allowed me to investigate meaningful causes and reassured me that research is the path I need to take.