In high school, you might have wondered how things would work out for people in the stereotypical cliques that populate so many schools. Would the “class clowns” end up making more money than the “brainiacs?” Might it be the “slackers” who end up as doctors and lawyers while the “overachievers” get stuck in dead-end jobs? Is it even possible to predict people’s career success when they are only adolescents?

Psychologists have long argued that the answer is “yes”—and that some of the best predictors of people’s career success, even early in their lifetimes, are their cognitive abilities. Research suggests that people with certain cognitive abilities are more likely to obtain positions considered societally prestigious—such as a judge or  professor—or earn relatively high salaries.

One of our own recent studies shed light on this broad debate. Our study relied on data gathered for Project TALENT. Project TALENT began in 1960 and, at the time, was the largest study of U.S. high school students ever conducted, with an initial, nationally representative sample of over 400,000 students—approximately 5% of all high school students in the nation at the time. Students completed a battery of 17 tests, from which we calculated scores for three specific abilities (mathematical, verbal, and visuospatial ability) and one general ability. We then examined whether these four scores related to people’s earnings and occupational prestige both early in their careers (1971-1974) and much later (2010-2011).

For our analyses, we relied on techniques that can uncover the relative importance of different predictors of success. In short, these analyses can be used to come up with a precise estimate of how much each cognitive ability—general and specific—explained people’s long-term career outcomes when all for abilities were considered simultaneously.

The results showed that 11 to 14 years after the initial assessments were taken—early in people’s careers—cognitive abilities did account for meaningful differences in how much money people earned. Not only that, but as a group, the various cognitive measures accounted even better for job prestige than for earnings. (Being a professor, for example, is pretty prestigious, but it doesn’t pay as well as being a CEO.)

But contrary to a lot of prior research with small samples, our very large-scale study using relative importance analysis showed that general ability did not predict career success better than  specific abilities. For example, at mid-career, general ability was less strongly related to how much money people earned did two specific abilities—verbal and visuospatial ability. General ability did prove to be a pretty powerful predictor when it came to early career occupational prestige—but even in this case, it was rivaled by both verbal and mathematical abilities.

Is the glass half full or half empty when it comes to predicting career success? We think it’s half full. A meaningful amount of the differences in how much people earn can be accounted for using cognitive ability scores obtained in high school—even more than half a century after those scores were collected. To be sure, these predictions are very far from perfect. But, given the number of intervening personal experiences (such as  divorce, illness, injury, and parenthood) and societal events (such as  the Civil Rights movement, fall of the Soviet Union, Vietnam War, and Watergate) that occurred over the 50 year span of these participants’ lives and the fact that the tests measured only a handful of the many cognitive abilities that exist, it is remarkable that ability scores collected in high school forecasted long-term career success as well as they did. And, these analysis did not take other important factors that affect success, such as personality and motivation, into account, If someone could predict the stock market in the short run as well as we these data predict career success over 50 years, that person would have a very bright career ahead of them.

This research suggests that, for a highly representative group of Americans, specific abilities are at least as important as general ability when it comes to career success. This could have major practical implications. After all, some specific abilities are amenable to positive alteration through training and thoughtful practice. Of course, we have to be cautious about causal statements even with longitudinal data such as these this—because other things might go hand in hand with either specific or general abilities. But if one takes these results at face value, they suggest that creating training programs that target specific abilities—and making sure more people have access to a good education—might set the stage for more high school students to have a good chance at career success. 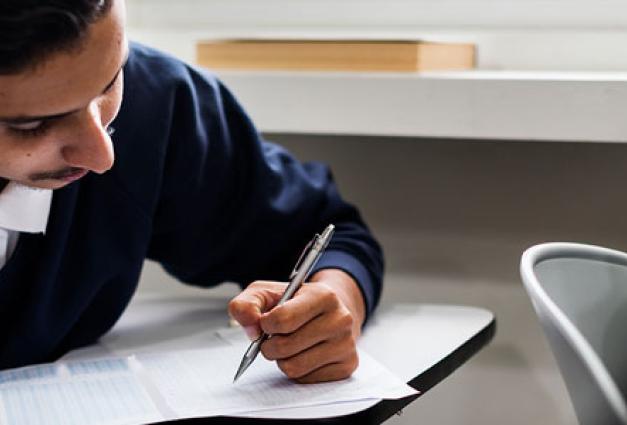 What Would Your Future Self Tell You?

BY Yuta Chishima and Anne Wilson
Writing a letter to one’s future self—and then writing a response from the future self back to the present self—seems to help students map out paths to future success.
Character & Context Blog 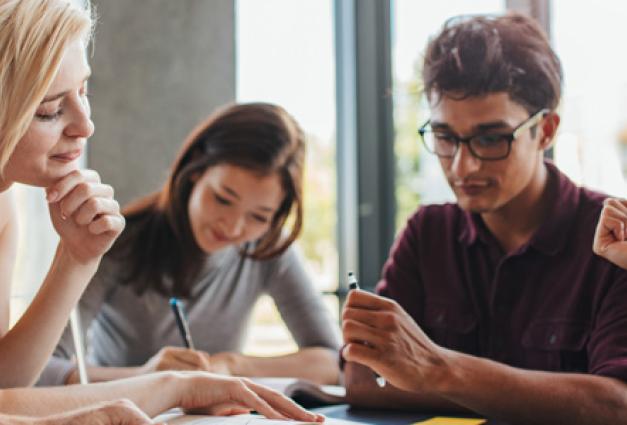