May 6, 2020 BY Angelos Stamos, Florian Lange, and Siegfried Dewitte
Share

Warren Buffett has famously pledged to donate 99% of his sizeable wealth to charity. At the same time, people who regularly struggle to make ends meet may think twice before investing $5.00 in Girl Scout cookies. Many people find this pattern quite reasonable: being generous is easier for rich than for poor people.

Against this background, it was quite surprising when a series of studies reported that poor people might actually be more generous and helpful than rich people. In these studies, each research participant was given a small sum of money that they could divide between themselves and another study participant. People who identified themselves as relatively well-off gave less money to the other person than people who identified themselves as relatively poor. Because this was a somewhat surprising finding, we wanted to see whether this result could be confirmed.

To this end, we conducted two direct replication studies. A direct replication is a study that tries to imitate the original study as closely as possible. So, in collaboration with the journal editor and reviewers, we fine-tuned our studies to make sure that they were as well-designed as possible, then collected our data.

In contrast to the original findings, we did not find that poorer people were more generous than wealthy ones. For example, although participants in one of our studies shared about 30% of the money we gave them with the other person, poorer participants did not share more money than wealthy ones did.

Does this mean that affluence isn’t related to the tendency to help other people? Not necessarily.

Even when two studies are very similar, a variety of small differences could explain why they obtained different results. Our studies were conducted at a different time and place than the original studies, and our sample of participants necessarily differed as well. It is impossible to rule out all these factors and to say why exactly we did not replicate the original findings.

In addition, measuring how altruistic, generous, or helpful people behave is challenging.  Several measures has been developed to measure these kinds of prosocial behaviors, including the method we used in which people share money between themselves and another person. But more research is needed to evaluate and improve the measurement tools we use before drawing strong conclusions about the relationship between affluence and altruism.

So, at present, people should be careful when drawing conclusions about the relationship between economic affluence and generosity. We simply do not have good evidence to assume that wealthy people are more selfish than poor people are. Until we have stronger support for this assumption, perhaps we should put it on the list of things that we know that we don’t know.

Angelos Stamos is a postdoctoral researcher in the BEE - Behavioral Engineering Group at KU Leuven (Belgium), specializing in topics such as resource scarcity and self-control.

Florian Lange is a postdoctoral researcher in the BEE - Behavioral Engineering Group at KU Leuven, where he focuses on the study of pro-environmental behavior.

Siegfried Dewitte is a professor of consumer behavior in the BEE - Behavioral Engineering Group at KU Leuven, specialized in understanding and engineering self-control, altruism, and pro-environmental behavior. 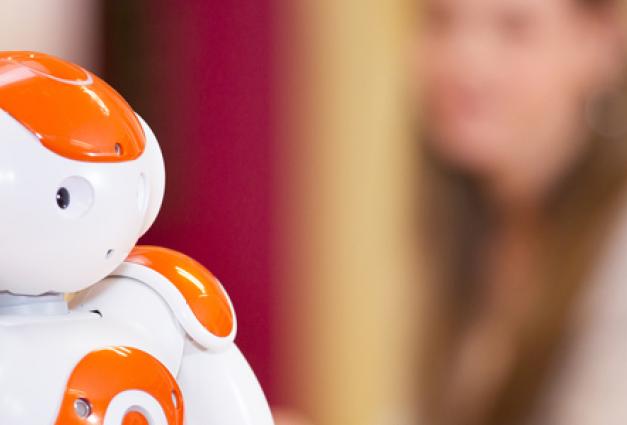 How Do Robots and Humans Interact?