Science is awesome, but it ain’t perfect. If you’ve been paying attention to the so-called “crises of reproducibility” in the behavioral, biomedical, and social sciences, you know that false positives and overblown effect sizes appear to be rampant in the published literature.

This is a problem for building solid theories of how the world works. In The Descent of Man, Charles Darwin observed that false facts are much more insidious than false theories. New theories can dominate previous theories if their explanations better fit the facts, and scientists, being human, love proving each other wrong. But if our facts are wrong, theory building is stymied and misdirected, our efforts wasted. If scientific results are wrong, we should all be concerned.

How does science produce false facts? Here’s a non-exhaustive list:

These problems are well understood, and, in general, have been understood for decades. For example, warnings about misuse of p-values and low statistical power date to at least the 1960s [7,8]. We know these practices hinder scientific knowledge and lead to ambiguous, overestimated, and flat out false results. Why, then, do they persist? At least three explanations present themselves.

The Natural Selection of Bad Science

The argument is an evolutionary one [9], and works essentially like this: Research methods can spread either directly, through the production of graduate students who go on to start their own labs, or indirectly, through adoption by researchers in other labs looking to copy those who are prestigious and/or successful. Methods that are associated with greater success in academic careers will, all else equal, tend to spread.

Selection needs some way to operationalize success – or “fitness,” the ability to produce “progeny” with similar traits. This is where the devilishness of many incentives currently operating in scientific institutions (such as universities and funding agencies) comes into play. Publications, and particularly high impact publications, are the currency used to evaluate decisions related to hiring, promotions, and funding, along with related metrics such as the h-index [1]. This sort of quantitative evaluation is troublesome, particularly when large, positive effects are overwhelmingly favored for acceptance in many journals. Any methods that boost false positives and overestimate effect sizes will therefore become associated with success, and spread.  McElreath and I have dubbed this process the natural selection of bad science.

An important point is that the natural selection of bad science requires no conscious strategizing, cheating, or loafing on the part individual researchers. There will always be researchers committed to rigorous methods and scientific integrity. However, as long as institutional incentives reward positive, novel results at the expense of rigor, the rate of bad science, on average, will increase.

Statistical power refers the ability of a research design to correctly identify an effect. In the early 1960s, Jacob Cohen noticed that psychological studies were dreadfully underpowered, and warned that power needed to dramatically increase in order for the field to produce clear, reproducible results [8]. In the late 1980s, two meta-analyses indicated that, despite Cohen’s warnings, power had not increased [10,11]. We recently updated this meta-analysis [1], and showed that in the last 60 years, there has been no discernible increase in statistical power in the social and behavioral sciences. It remains quite low: the average power to detect a small effect is only 0.24.

This result is consistent with our argument: that incentives for novel, positive results works against individual desires to improve research methods. This is not to say that all studies are under-powered, but it does indicate that the most influential methods, in terms of which methods are adopted by new scientists, may be those that are.

Although the case study is suggestive, it was important to us to demonstrate the logic of the argument more forcefully. So we build a computational model in which a population of labs studied hypotheses, only some of which were true, and attempted to publish their results. We assumed the following:

We then allow the population to evolve. Over time, effort decreased to its minimum value, and the rate of false discoveries skyrocketed.

But wait, what about replication? In general, replication is not a sufficient measure to prevent rampant false discovery. For one thing, many hypotheses are wrong, and so many replications may be necessary to ascertain their veracity [3] (here’s an interactive game we made to illustrate this point). But let’s put that aside for now. Replication surely helps to identify faulty results. Might incentives to replicate, and punishment for producing non-reproducible results, curb the natural selection of bad science?

Our model indicates that they won’t.

We gave labs the opportunity to replicate previously published studies, and let all such efforts be publishable (and be worth half as much “fitness” as the publication of a novel result). For the lab that published the original study, a successful replication boosted its value, but a failed replication was extremely punitive. In other words, we created a situation that was very favorable to replication. We found that even when the rate of replication was extremely high – as high as 50% of all studies conducted – the decline of effort and the rise of false discoveries were slowed, but not stopped. The reason is that even though labs with low effort were more likely to have a failed replication, and hence less likely to “reproduce” their methods, not all studies by low-effort labs were false, and among those that were, not all of them were caught with a failed replication. Even when the average fitness of high-effort labs was higher than that of low-effort labs, the most fit labs were always those exerting low effort.

Science is hard. It’s messy and time consuming and doesn’t always (or even often) yield major revelations about the secrets of the universe. That’s OK. We do it because it’s absolutely amazing to discover new truths about the world, and also because the knowledge we gain is occasionally quite useful. Being a professional scientist is a nice job if you can get it, and the competition is stiff. Unfortunately, that means that not everyone who wants to be a scientist can get a job doing so, and not every scientist can get funding to carry out the project of their dreams. Some will succeed, and others will fail.

Mechanisms to assess research quality are essential. Problems occur when those mechanisms are related to simple quantitative metrics, because those are usually subject to exploitation. This true whether we’re talking about number of publications, journal impact factors, or other “alt metrics.” When a measure becomes a target, it ceases to be a good measure.

This idea is often understood in the sense that savvy operators will respond to incentives directly, by changing their behaviors to increase their performance on the relevant measures. This surely happens. But a cultural evolutionary perspective reveals that quantitative incentives are problematic even if individuals are motivated to disregard those incentives. If the system rewards those who maximize these metrics, whether they do so intentionally or not, the practices of those individuals will spread.

This means that it’s not enough to simply look at bad practices and say “Well, I don’t do that, so I’m fine.” We need to look at the institutional incentives – the factors that influence hiring, promotion, and funding decisions – and make sure they are rewarding the kinds of practices we want to spread.

Exactly what those practices are is open to debate. But they will involve rewarding quality research over flashy results. I think recent trends toward open science and reproducibility are good signs that there is widespread motivation to solve this problem, and progress is being made. I also suspect it will take time to fully effect the kind of changes we need.  Such changes need to come from early career scientists, who are in a position to set new standards for the generation and testing of hypotheses.

In his 1974 commencement address at Cal Tech, Richard Feynman characterized the problem quite clearly, illustrating that it was persistent then as it is today:

It is very dangerous… to teach students only how to get certain results, rather than how to do an experiment with scientific integrity. … I have just one wish for you—the good luck to be somewhere where you are free to maintain the kind of integrity I have described, and where you do not feel forced by a need to maintain your position in the organization, or financial support, or so on, to lose your integrity. May you have that freedom.

May we all someday have that freedom.

Paul E. Smaldino is Assistant Professor of Cognitive and Information Sciences at the University of California, Merced. Website: http://www.smaldino.com/wp

[9] That is, it is based on ideas from well-supported theories of cultural evolution. For an introduction, see books by Robert Boyd & Peter Richerson, Alex Mesoudi, and Joe Henrich. 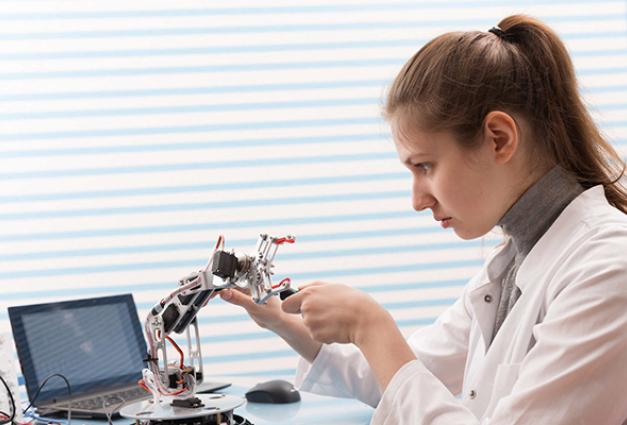 Women are Underrepresented in Fields that Idolize Brilliance and Genius 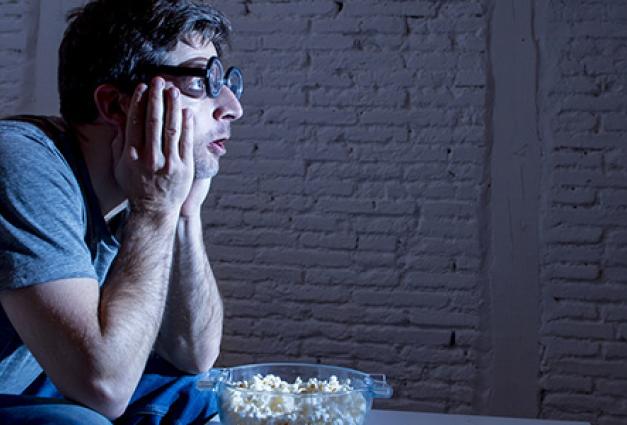 Freaks, Geeks, Norms and Mores: Why People Use the Status Quo as a Moral Compass