Black or African American: Does the History of a Racial Label Affect What That Label Says About Me?

“Negro,” for example, was a common moniker in the early half of the 20th century but was taken off the United States Census in 2013 due to negative undertones reminiscent of the Jim Crow period. The implication is that labeling someone with this term may conjure up the negative interracial dynamics of the segregation era. Negro was thus imprinted with the derogatory ideologies of the historical era in which it was most commonly used.

Today, in the early half of the 21st century, two racial labels―Black and African American—are common in Americans’ vernacular. Many people see these two labels as interchangeable. For instance, federal documents conflate the labels by allowing one option for “Black/African American,” and a substantial proportion of Americans of African descent are indifferent about which label to choose for themselves.

What Is The Impact Of The Historical Undertones Of Black And African American?

The Black racial label gained prominence during the Black Power Movement. Advocates like Stokely Carmichael (later known as Kwame Ture) championed its use, and entertainers like James Brown chanted the mantra, “I’m Black and I’m proud.” Notably, the Black Power Movement focused through a “Bias and Discrimination” lens by illuminating the victimization incurred by Americans of African descent. The movement suggested that U.S. political and structural practices left the Black community victimized, discriminated against, and subject to poor socioeconomic conditions.

African American, conversely, was birthed in the late 1980s within the Civil Rights Movement. Leaders supported its use, including Jesse Jackson, who proclaimed that his community preferred the term because it had a connection to a historical land-base—Africa. Importantly, the late Civil Rights Movement adopted a “Civil Rights and Inequality” lens and suggested that equality was best achieved through political participation and civic engagement.

Does The Terminology Matter to People?

We undertook a set of studies to find out whether there are consequences in our current society for using one or the other of these terms. Is there evidence of these historical undertones in perceptions of people and groups labeled Black versus African American? Then, we explored how the associated undertones affected support for groups labeled with these terms.

First, we speculated that if these historical undertones existed within these racial labels, Google image searches for Black versus African American people would return very different graphic depictions. We downloaded the first 100 results for the terms “Black people” or “African American people” and had viewers who were unaware of our purposes rate the images. The images from the Black (vs. African American) search depicted people who were more victimized, disadvantaged, and of lower socioeconomic status.

Our next study asked whether these historical undertones were embedded in the language used in traditional media outlets. For this, we first collected 40 years’ worth of op-eds in major U.S. news outlets that mentioned African American or Black people. Then, we created a custom dictionary of words by asking participants to list words that came to mind when they thought of either “bias and discrimination” or “civil rights and equality.” We found that op-ed paragraph segments that used the term Black (vs. African American) were significantly more likely to contain Bias and Discrimination (vs. Civil Rights and Equality) terminology.

Finally, we set out to determine whether people would connect these historical ideologies with groups that bear these labels. Our White American participants were significantly more likely to associate a Black (vs. African American) student union with Bias and Discrimination ideologies, suggesting that the organization idolized Malcolm X, cared about eradicating racial injustice, and endeavored to defund police departments.

Although individuals within the government, media, or the Black/African American community may be indifferent to the choice between labels, these choices have consequences for how Americans of African Descent are perceived. Inevitably, political candidates, activists, and journalists may be able to skew perceptions of their intent by using one racial label versus the other.

Erika V. Hall is an Associate Professor at Goizueta Business School at Emory University, where she conducts research on racial biases and stereotyping in the workplace and broader society.

Sarah S. M. Townsend is an Associate Professor of Management and Organization and the Interim Assistant Vice Dean for Diversity, Equity, and Inclusion, at the University of Southern California’s Marshall School of Business. Using psychophysiological and behavioral methods, her research examines how people’s diverse backgrounds shape their interpersonal and institutional experiences.

James T. Carter is a PhD candidate at Columbia Business School in New York City where he studies barriers and pathways to diversity and inclusion in organizations with a particular focus on discrimination and identity. 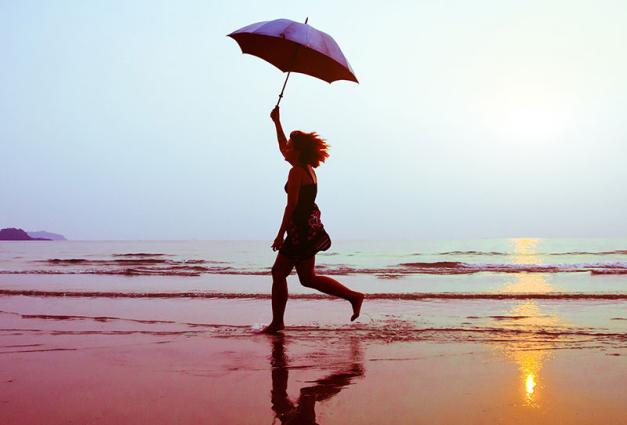 The Magical Aura of Insurance

How Benefiting From Discrimination Contributes to Inequality

BY L. Taylor Phillips and Sora Jun
And yet, people have a hard time recognizing this side of discrimination.
Character & Context Blog