Unlike in the States, in my home country, Turkey, saying hi or thank you to a bus driver is rather the exception than the rule.

One reason why Turkish people shy away from engaging in conversation with bus drivers is the worry that we’ll distract them while they’re driving. Hence the signs on public buses that used to read, “Do not speak with the driver!”—which I very vividly remember from my childhood. And the bus driver doesn’t typically engage in any conversation with you, either. Ignoring one another’s existence is just something you do, without even thinking.

That is why I was taken by surprise when I first hopped on a public bus in Ithaca, New York during my graduate studies. The bus driver said to me, “Hi, how you doin’?” and my puzzled self wasn’t even sure what the appropriate response was. Realizing after a few commutes that this was business as usual in the town, I joined my fellow commuters in greeting and thanking the bus driver (social influence at its best!). And I was pleasantly surprised how this tiniest social interaction with a familiar stranger always left me with a positive feeling.

So, it is no coincidence that I was interested in studying the consequences of minimal social interactions with strangers once I came back to Turkey to work at a university in my hometown, Ankara. The institution there offers free shuttles that operate between the university campus and downtown. Being a smaller, tight-knit community, more people who use these shuttles interact with the driver, but there still is a sizeable proportion who don’t. My colleagues and I wondered: Does greeting, thanking, or expressing good wishes to shuttle drivers boost commuters’ happiness?

To answer this question, we surveyed students and university staff (856 in total) who used the university’s free shuttles. We asked them how often they said things like, “Good morning,” “Thanks,” or “Have a nice day” to drivers as they got on or off the shuttles. We also asked commuters how much positive emotion they generally felt in everyday life and how satisfied they were with their lives. Looking at the data, we found that the more frequently individuals greeted, thanked, or expressed good wishes to drivers, the greater positive emotion and life satisfaction they reported. So, we thought: Mystery solved!

Well, of course, as common sense tells us, not quite. Although my colleagues and l liked to think that it was minimal social interactions with the driver that bolstered commuters’ happiness, we also knew that the opposite could be true. Happier people might simply be more likely to take the time to exchange a few pleasant words with strangers. So, we wondered: Will instructing commuters to thank or express good wishes to shuttle drivers put them in a more positive mood? That is, could we show obvious cause and effect?

To test this idea, we gave sealed envelopes to commuters who were about to hop on the university’s shuttles in downtown Ankara. These envelopes contained instructions on what they should do when they got off the shuttle. For one group of commuters (130 in total), the instructions asked them to say things like, “Thank you” or “Have a nice day” to the driver while smiling and if possible, making eye contact. For the other group (135 commuters), the instructions asked them not to speak with the driver, mirroring the prevalent norm in Turkey. After they hopped off the bus, we had commuters report how good and happy they were feeling at the moment. We found that commuters who thanked or expressed their good wishes to drivers left the shuttle happier compared with commuters who did not speak with the driver. So, simply exchanging a few pleasant words with the driver—perhaps even if it was not people’s natural inclination—was enough to boost commuters’ mood!

Work by other colleagues nicely documents benefits of interacting with strangers of all kinds, not just bus drivers. For example, briefly chatting with the barista as you get your coffee, complimenting a stranger you encounter on the college campus, and engaging in conversation with the person sitting next to you on the subway—research shows—all contribute to your happiness.

So, next time you hop on the bus, do not miss the chance to say, “Good morning” and “Thank you” to the bus driver. You may end up feeling a bit more cheerful if you do so.

Gul Gunaydin is an associate professor of psychology at Sabanci University, Istanbul, Turkey. She received her PhD from Cornell University. Her research interests include interpersonal relationships and well-being (visit http://myweb.sabanciuniv.edu/gulgunaydin for further info). 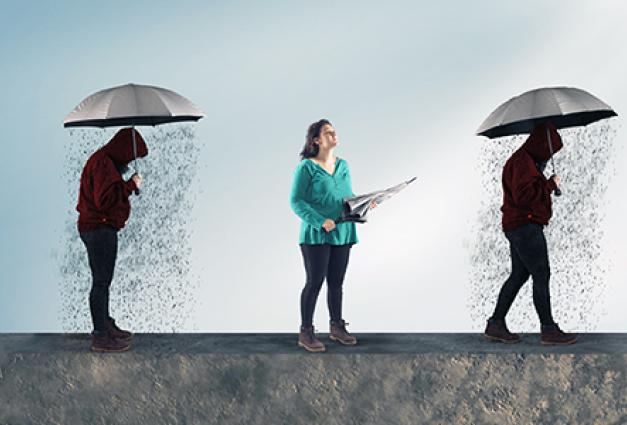 A Bright Spot of Getting Older: Negative Thinking “Sticks” Less as People Age

BY Jehan Sparks
Do you think older people are more negative and stuck in their ways than younger people? Think again.
Character & Context Blog 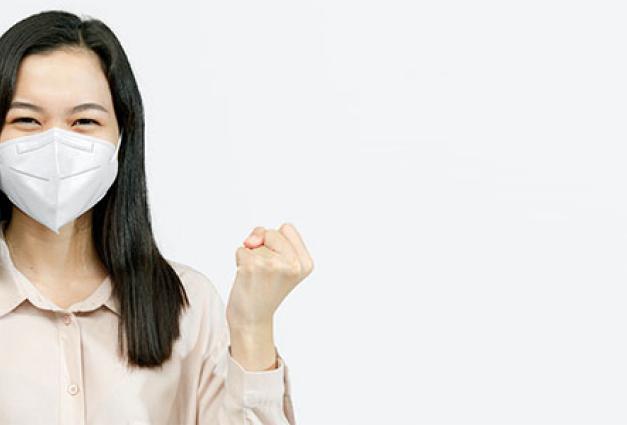 Everything is Fine? Exercising Control and Authenticity in this “New Normal”

BY Eric Anicich
Amidst all the major threats posed by COVID-19, there are glimmers of hope that people are adjusting better than you might imagine—at least where a sense of authenticity and personal control are concerned.
Character & Context Blog 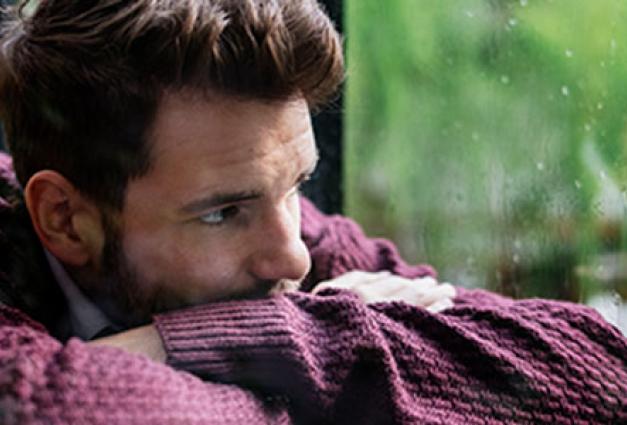 Do Your Friendships Feel Different? Covid May Be to Blame

BY Jessica D. Ayers
Public health measures aimed at slowing the spread of the pandemic, such as social distancing, have made it harder for some people to maintain friendships.
Character & Context Blog