Is the Internet Making You Mean?

Each day, millions of conversations occur online. People post messages on Facebook, share photos on Instagram, and comment on news articles. Social commentators, and perhaps common intuition, suggest that the Internet provides an ‘anonymity cloak’ that allows people to say nasty, repulsive things that they would not say otherwise (Swidey 2010). Behind this belief is the idea that the Internet strips people of social motivations such as getting along with others, making friends, or gaining status, thus allowing people to behave however they want with little attention to social norms like being polite. While this concern is certainly reasonable and seemingly widely-held, is it warranted based on empirical evidence?

Some of my research seems to suggest otherwise. In one project (Chen and Berger 2013), we looked at people’s willingness to talk about controversial topics (e.g., gay marriage, testing on animals, abortion rights). We found that while people are intrinsically drawn to controversial topics because these topics are interesting, people often shy away from talking about these topics because they worry about social repercussions such as offending others.

One study was particularly illuminating: We looked at people’s commenting behavior on Topix.com, a popular news aggregation website. Unlike most other news websites (e.g., USA Today, NY Times), most people post comments to articles on Topix anonymously because the website does not require commentators to register or provide any information about themselves. If the ‘anonymity cloak’ causes people to not care about social norms, then the number of comments that an article draws should increase along with the controversy level of the article. In other words, when unfazed by social concerns, people should just post based on whatever they find most interesting (which happens to be more controversial topics). However, we found that while this is true up to a certain point (moderate controversy, which covers topics like people’s right to civil unions, women’s right to equal pay), additional controversy actually decreased comments. Even in a completely anonymous online context, people shy away from discussing highly controversial topics (e.g., gay marriage, abortion rights) that might be offensive to others.

Building on these findings, results from an ongoing project (Chen 2016) hint that people might actually be more polite to strangers in anonymous contexts than to their friends. Across a series of studies where I asked people to talk about different personal experiences, I find that people tend to be rosier when communicating with strangers than friends, picking more positive topics and leaving out negative details. Only when people are explicitly told to not befriend the stranger do they stop rosy-ing up their messages. In other words, when it comes to interacting anonymously with strangers, people’s status quo is to befriend the person and this motivates polite communication.

Taken together, these results are in line with the idea that people’s desire for social acceptance is fundamental (Ainsworth 1989; Baumeister and Leary 1995; Harlow 1958) and active even in completely anonymous online contexts. Now, this is not to say that the online environment is always one big happy family. Cases of cyber-bullying have drawn tremendous national attention. But it’s not that the Internet causes people to randomly bully others since it’s easy (due to the low level of effort required and the anonymity the Internet offers). Instead, social motivations are at the heart of the action. For example, cyber-bullying is seven times more likely to occur between friends than strangers (Felmlee and Faris 2016) and frequently stems from relationship problems (e.g., break-ups, Hoff and Mitchell 2009). Researchers propose that people often bully others to gain or restore social status (Felmlee and Faris 2016).

Instead of nullifying people’s social concerns, the Internet seems to actually allow people to act out their social motivations. While often times the actions are harmless (e.g., being polite to strangers by being positive and avoiding controversial topics), other times, the actions can be harmful when they are carried out at the expense of someone else (e.g., gaining status by bullying).

Our knowledge of how people communicate online and the motivations behind it is still in its inchoate stage. As more and more of our offline communication becomes replaced with online ones, understanding how and why the Internet changes (or doesn’t change) communication is an important topic that warrants much future research.

Zoey Chen is Assistant Professor of Marketing at University of Miami. She studies online communication with a focus on the social motivations behind these conversations. (http://bus.miami.edu/faculty-and-research/faculty-directory/marketing/chen/index.html)

Swidey, Neil (2010), “Inside the Mind of the Anonymous Online Poster,” http://www.boston.com/bostonglobe/magazine/articles/2010/06/20/inside_the_mind_of_the_anonymous_online_poster/?page=full. 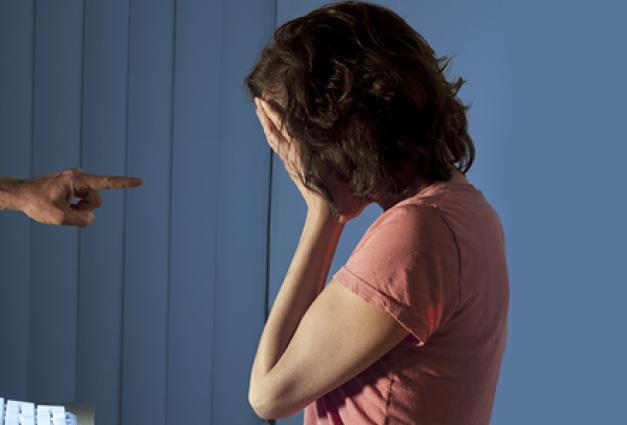 Is the Internet Making You Mean?