We make rapid, intuitive judgments of others frequently—but what happens when they turn out to be wrong? How do we update them? In his talk “Perceived Frequency Governs Impression Updating” at the symposium “First Impressions: When are They Updated? When are They Maintained?” Peter Mende-Siedlecki presented behavioral and neuroscientific evidence examining what information changes our minds about other people.

Several of Mende-Siedlecki’s experiments follow the same basic process. Participants see five pieces of information about a person. The first three are consistent, and set an impression of the target, while the next two are inconsistent. The question is how much the participant’s impression of the individual changes.

One view is that we pick out the worst in people—we have a “negativity bias.” Some of Mende-Siedlecki’s early studies suggested this. He found that impressions of moral people were changed more by information about immoral acts than by neutral—but inconsistent—information. A negativity bias would also connect with a larger body of psychological theory, which generally finds that individuals are more attuned to negative information.

Yet Mende-Siedlecki’s alternative hypothesis was that it is unusual events that cause us to update our impressions. Perhaps hearing about someone’s immoral behavior has a big effect because it feels unlikely to participants.

In contrast, people might not expect an individual to have a work-related achievement. The baseline in your day to day work life is to occasionally make a few mistakes, but it is only rarely that you get recognized or rewarded for good work. In this area of life, what’s unlikely and surprising is hearing that someone got an award.

In his follow-up work, he compared positive and negative information about either moral actions (like helping out a stranger) or work-related actions (like getting a grant). An independent sample of people had rated how likely these events were. Did participants update their impressions of others more based on how likely the event was?

In short: yes. How rare an event was—as rated by the independent sample—was strongly and positively related to how much it was used in updating a first impression.

But these participants were also placed in an fMRI scanner, because Mende-Siedlecki wanted to identify brain regions associated with his various manipulations. His results, however, suggested that the brain was only honing in on one kind of information.

He found no brain regions significantly associated with updating impressions based on positive or negative information—no brain region for a negativity bias.

He found no brain regions significantly associated with updating impressions based on the type of information being presented—information about morality or the workplace.

He only found brain regions associated with updating impressions based on frequency of information.

This finding falls in line with computational models of the brain that suggest we are constantly making predictions about the world and what alters brain activity is where we make “prediction errors.” What stands out—across many theories of how our brain processes the world—is what is unexpected.

Finally, Mende-Siedlecki presented evidence suggesting where these expectations come from. In his participants to that point, he had generally seen a “positivity bias” for morality in first impressions. Most people thought that whoever they would be presented with would be generally a “good person.” He had also found a “negativity bias” for updating morality—immoral acts updated impressions more than the moral ones. But perhaps that was because of who he was asking.

In his last study, Mende-Siedlecki reviewed evidence collected online from across the U.S., finding out both the zip code the person filling out the survey was from and the crime rate in that zip code. People from areas with high crime turned out to have a weaker initial positivity bias. They expected people to be less “good” up front. But they also had a smaller negativity bias in updating. Immoral acts were less surprising to them.

Overall, the evidence Mende-Siedlecki presented suggests that people aren’t tuned particularly to good versus bad information. They are tuned to what is common versus surprising. And what is surprising—or not—is further tuned to the environment they live in.

The brain doesn’t look for good news or bad news. It looks for new news.

Alex Danvers is a graduate student in social psychology at Arizona State University. He studies emotions and social interaction from a dynamic systems perspective. 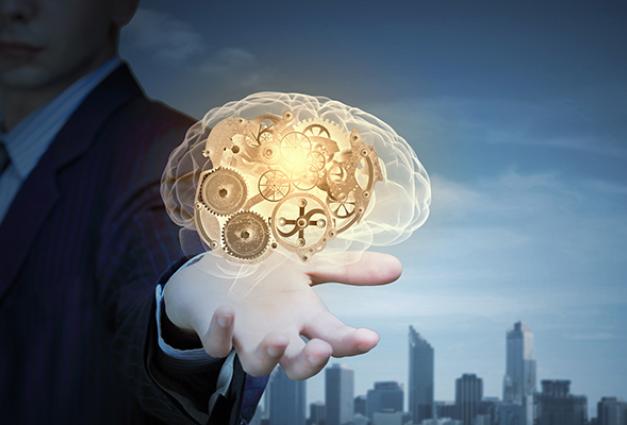 This is My Brain on Social Cognition

How Your Power May Affect My Impression of You

BY Diana Orghian
When do stupid behaviors mean that someone is stupid? New research suggests that, when people do stupid things, we are more likely to cut them a break if they are powerful than if they are powerless.
Character & Context Blog