Editor’s Note: This blog is a bit different from most we publish at Character and Context. It features a portion of an interview with Mark Moffett who comes from a notable scientific tradition as a former student of Edward O. Wilson. He has spent the last five years as a visiting scholar at the Department of Human Evolutionary Biology at Harvard and is currently a research associate at Smithsonian Institution. His latest book, The Human Swarm: How Our Societies Arise, Thrive, and Fall is an evolutionary epic about the natural history of societies, both human and non-human. The interview was conducted by Telmo Pievani, PhD, of the University of Padua, Italy.

Could you explain your theory of the identity “markers” in the evolution of societies?

Humans are particularly sensitive to certain characteristics shared by other members of their society that distinguish the ingroup from outsiders—I call these “markers.” Markers allow people to live peacefully in a society with strangers they’ve never met. In this regard, the humble ant resembles us in one intriguing respect. For an ant colony, the marker is very simple: smell right and you’re golden; don’t and you’re an outsider and will be avoided or killed.

The signals of identity that humans use are far more numerous, and complex. Each of us is a walking billboard for advertising our identity, with everything from how we walk and speak and dress to what we believe and the flag we salute. Psychologists are finding out that people pick up on the markers of those around them effortlessly and in the blink of an eye (or, in the case of their beliefs, perhaps after a little conversation). These many and varied traits, some of which we process outside of  conscious awareness, allow us to be at ease around innumerable strangers every day in a way that would be impossible for chimpanzees, who are obliged to recognize each and every fellow community member on an individual basis and, as a result, live in societies of not much more than a couple hundred. A conclusion from my book is that our use of markers is what permits our societies—today, nations—like ant colonies, to grow far larger than those of almost any other species, swarming with individuals who for the most part don’t know each other.

The anonymous individuals in immense societies resemble cells in a body. To me this seems a totalitarian nightmare! Am I wrong?

You are totally right! Our bodies can be looked at as a kind of society where none of the member cells has an opportunity to make a choice: a skin cell can’t decide to leave you to join another body or start a body of its own. Individual ants, too, have limited opportunities; that’s the best rationale for calling a colony of ants a “superorganism.” As it happens, ants don’t even know each other as individuals; their efforts focus entirely on serving the colony and not on personal relationships.

Humans love their freedoms too much to live in such a society. But our freedoms aren’t unlimited. Every citizen is expected to respect the flag and moral code of the nation, speak its language, be comfortable with local gestures, and so on. Those who don’t do these things can be treated with suspicion, even after they pass a citizenship test. Many of those social expectations come so naturally we don’t think of them as a loss of freedom, but they are. Ants and the cells of a body simply take this lack of freedom much, much further than we would ever want to. The notion of freedom is greatly misunderstood. I said a lot about that topic in an article for Nautilus magazine.

Many of us have homes in multi-ethnic communities; for example, you live in New York. Is this familiarity with strangers a “natural” situation for us, or somehow an exceptional, recent, cultural innovation in our behaviors? What is the “power of heterogeneity”?

In reality, all modern societies are “multi-ethnic.” Multiethnicity has historically been an outcome of violence, of one society subjugating or enslaving another. It’s just that in countries like China or Japan, most conquests happened so long ago that the groups have assimilated sufficiently for the distinctions to be difficult to discern any longer—though they’re still there if you look closely enough.

Our multiethnicity is both “natural” and relatively recent, considering the hundreds of thousands of years that humans have existed. Nomadic hunter-gatherer societies didn’t have anything like ethnicities. Neither do the societies of any other animal. The fact is any society of more than a couple thousand people has a history of subjugation, with the ethnic groups and races in societies arising only after societies settled down, started to conquer outsiders, and grow. The original status differences almost always remained, with the dominant group staying on top. Clearly, there is strength in heterogeneity, as can be seen in the richness of outlooks and cultural influences present in the most diverse societies. Yet, diversity can also be a source of social stress, with ethnicities rarely treated exactly as equals—even when the law says otherwise.

Today, we have more interactions with strangers than ever: is this a stress for our minds?

Humans can maintain only so many relationships; a common estimate is about 150 close social connections. Even hunter-gatherer societies grew larger than that, and indeed the evidence suggests that our species has always allowed for complete strangers in our societies. This is normal for ants, too, but never occurs in species like the chimpanzee, who seldom abide a stranger. It’s amazing how well we handle the far greater number of strangers we encounter compared to our ancestors. Our brains assess those around us beneath conscious awareness. We feel little stress so long as those strangers don’t make us uncomfortable by failing to conform to our social expectations—as signalled by those markers of identity I talked about earlier.

Psychologists should distinguish people’s responses to strangers from those to foreigners: we can be friends with an expat foreigner living next door while having never met a second neighbor who is a fellow citizen of our country. For many people, a foreigner belonging to an unfamiliar society, or a society hostile to our own, will yield a cautious, if not strongly negative, reaction. This reaction, which has undeniable parallels to our response to racial and ethnic groups within our society, is a pressing subject for study. The hope put forward in my book is that insights of social psychologists and evolutionary biologists on these and other matters can be usefully melded—our disciplines will contribute greatly to each other. 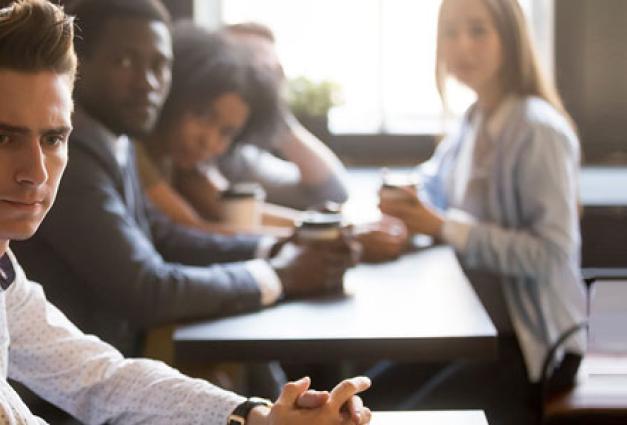 Rejection Based on Stigmatization is Particularly Distressing

BY Ming Zhang
Rejection is always upsetting, but being devalued and rejected because one has a stigmatized identity is particularly distressing and undermines trust.
Character & Context Blog 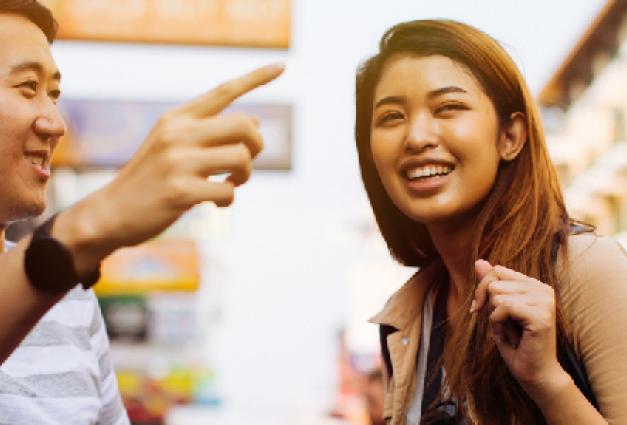 How Do You Decide Whether to Trust a Stranger?

BY Ann-Christin Posten and Thomas Mussweiler
You will likely turn to yourself to answer this question.
Character & Context Blog 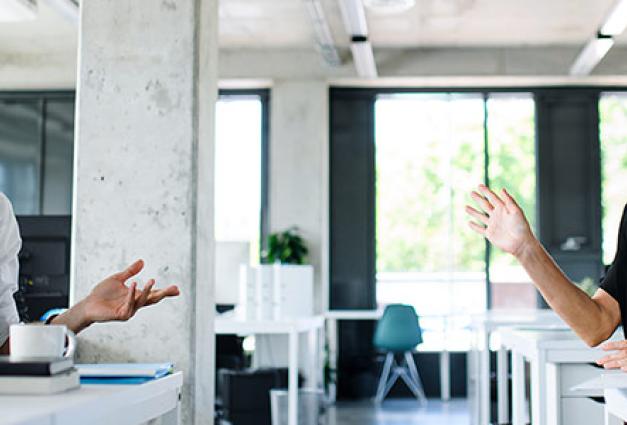 What WAS that Masked Man Saying? How Wearing a Mask May Influence Our Interactions with Other People

BY Sara D. Hodges
We know that masks can reduce COVID-19 transmission, but how are they affecting our ability to communicate with each other? A psychologist who studies how well people understand each other offers some speculations.
Character & Context Blog