In a recent study, my collaborators and I tested the hypothesis that executive control in infancy is grounded in the physical ability of infants to move their bodies—also called motor control. We believed these domains were related based on theories of embodied cognition, which suggests that thought is rooted in our abilities to physically interact with the world (Marshall, 2016; Thelen, Schöner, Scheier, & Smith, 2001).

Executive functions deal with choosing, enacting, and sustaining of actions (Barkley, 2012). Prospective motor control is concerned with adapting actions to goals and the environment (Gottwald et al., 2016). Both prospective motor control and executive functioning deal with the ability to plan and control actions to reach goals. However, they address action control on different levels: at a relatively lower (motor) level and on a higher (cognitive) level.

The body shapes the mind – Taking the idea of an embodied cognition seriously means regarding executive functions as emerging from our own bodily interactions with the environment. Here we do not test this theory directly, but we test an implication of the theory.

Results demonstrated that the infants with higher prospective motor control were better in the tasks requiring behavioral inhibition and working memory than the infants with lower prospective motor control. In other words: The quicker the infants were in the motor task, the better they were in restraining themselves from grabbing an attractive toy and the better they were remembering a hidden toy’s location after a delay. The complex inhibition measure was not related to any of the other measures, suggesting that it was not adequately measuring the same executive functioning construct.

Janna M. Gottwald recently defended her thesis about motor and cognitive development in infancy at Uppsala University, Sweden. She is now doing a postdoc in personality and clinical psychology at the International Psychoanalytic University Berlin, Germany.

Barkley, R. A. (2012). Executive Functions: What They Are, How They Work, and Why They Evolved. New York: Guilford. 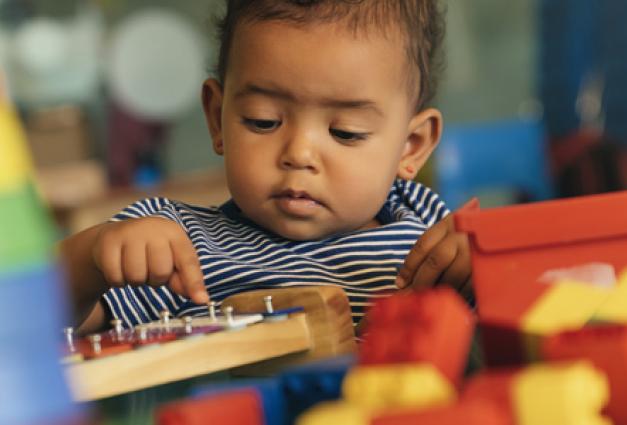