Sex is a defining feature of romantic relationships. From an evolutionary perspective, sex is essential for reproduction. Without it, the human species would die off. But some researchers have proposed that sex has a secondary function in humans and other animals whose offspring benefit from the presence of both parents—sex facilitates pair bonding and thus functions to keep couples happily together over time.

Recent animal research provides support for this idea. Specifically, research on monogamous prairie voles has directly linked sex to pair bonding by indicating that sex activates dopamine and neuropeptide (e.g., oxytocin, vasopressin) receptors in the brain’s reward circuitry that condition attachments to sexual partners. These same neural pathways have been linked to sexual arousal and sexual satisfaction among humans, which have been directly linked to the maintenance of relationship satisfaction over time.

Yet, there are costs to having constant or uninterrupted sex. First, throughout evolutionary history, time and energy spent on mating depleted resources otherwise available for survival hunting, gathering, and self-protection. Second, sperm concentration decreases with successive ejaculations and thus the likelihood of conception decreases as sexual frequency increases. In fact, peak sperm concentration appears to replenish after approximately one to three days of abstinence. Finally, due to the anatomical structure of the human penis, men risk displacing sperm during successive copulations. Taken together, these findings suggest that, in the context of monogamous, heterosexual relationships, remaining abstinent for several days may be reproductively adaptive. It is thus not surprising (from an evolutionary perspective) that young married partners (a) engage in sex approximately once every two to four days, (b) demonstrate reduced benefits of particularly frequent sex, and even (c) report reduced happiness when instructed to engage in more frequent sex in experimental research.

My colleagues (Anastasia Makhanova, Lindsey Hicks, Juliana French, James McNulty, and Thomas Bradbury) and I set out to answer these questions. Specifically, we pooled the data from two independent, longitudinal studies of newlywed couples to address both questions. Spouses reported their daily sexual activity and sexual satisfaction for 14 days and their marital satisfaction at baseline and four or six months later.

Additionally analyses revealed that spouses who experienced a stronger 48-hour sexual afterglow reported higher levels of marital satisfaction at the start of their marriages and remain more satisfied four to six months later.

Together, these findings suggest that couples experience a sexual afterglow that functions to sustain the pair bond between acts of sex. On average, spouses reported enhanced sexual satisfaction following a single occurrence of sex that lasted 48 hours. Further, spouses who reported relatively higher (versus lower) levels of this sexual afterglow also reported relatively higher levels of initial marital satisfaction and remained more satisfied over time.

As far as we are aware, these are the first studies to quantify the length of sexual afterglow and to examine its benefits. Not only do these results join other studies in demonstrating the role of sex in promoting human pair bonding, they offer evidence for a novel reason why these links exist. Consistent with the adaptive nature of this afterglow, it appears to last approximately the same length of time (a) that it takes for sperm to replenish to peak concentrations, (b) that sperm remains maximally viable in the female reproductive tract, and (c) that elapses between acts of sex among newlyweds.

Andrea Meltzer is an Assistant Professor of social psychology at Florida State University. Read more about her research at http://meltzerlab.wixsite.com/home” 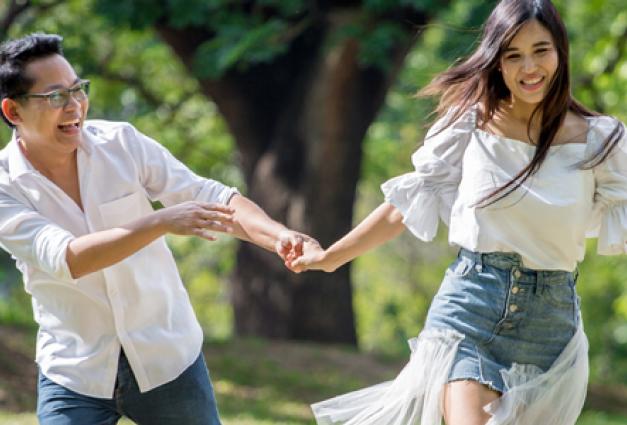 Playfulness in Romantic Relationships: Is Love Really Such an Easy Game to Play?

BY René T. Proyer and Kay Brauer
Your playfulness relates to your and, in some cases, your partner’s relationship satisfaction.
Character & Context Blog 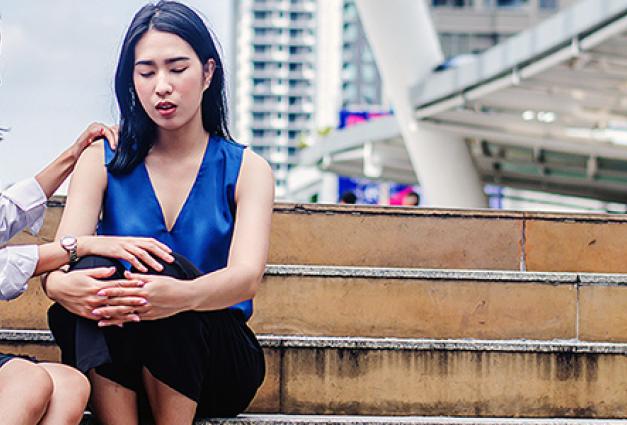 BY Kassandra Cortes & Joanne V. Wood
Asking the simple question “How was your day?” improves feelings of care for people who have a hard time trusting that others love them.
Character & Context Blog