How do legislators use science? It’s not an easy question for scientists to answer. Many are hard pressed to identify even one concrete example of an evidence-based legislative action. So, we sat down with policymakers to ask them the same question. What we heard will surprise those who are pessimistic that science is used at all in policymaking. We now can identify several ways that research flows, much like a river, through the policy landscape.

First, we reached out to 123 state legislators in Indiana and Wisconsin. These legislators then nominated an additional 32 colleagues who they felt were exemplary research users. We also supplemented our sample with 13 key policy players (such as governors, heads of lobbying firms, former legislators). Confidence in our findings can be inspired by the high response rates in the hard-to-access population of policymakers (60%, 84%, and 100% respectively).

When Research is a Hard Sell

We learned there are policies and people and places that can frustrate and facilitate research use. First, regarding policies, research was less likely to hold sway on polarized moral issues, such as reproductive rights. Research was generally less influential on issues driven by ideology, such as beliefs about whether government is the problem or the solution. There was little room for research on issues driven by passion, such as tragic personal stories. As one Republican relayed, “If a bill is named after somebody . . . like Sarah’s Bill, then you know research is screwed.”

Where Research Can Have an Impact

Policymakers turned to research more frequently on emerging issues such as opioid use, concussions, and rural Internet availability. Research also was more likely to influence issues where policymakers did not have established positions or where consensus had been reached, such as with the need for  criminal justice reform. Research also appeared to flow more freely on the “million . . . technical issues . . . that’s really the majority of the [legislature’s] work.” One Republican, who worked on property tax assessment and land annexation, said technical issues don’t get a lot of media attention but still comprise about 80% of the policy agenda:

“There’s no quote ‘Republican or Democratic’ theory about them and there’s no big contributor to your campaign who cares. . . It’s just like you’re stripping it down to the essence of good government. . . I think you have . . . much more ability to govern in sort of an evidence-based way.”

However, research use varies by people. Some legislators told us they rely on intuition or gut instinct, whereas others factor in research. As an example, legislators face hundreds of bills each session, which makes it literally impossible to read and study each one. So, legislators specialize and develop expertise on a particular issue. They become known as the “go-to” legislator, whom colleagues turn to for advice on what positions to take. To attain and maintain a reputation as an issue expert, they often use in-depth research. Also, members of the minority party more often turn to research evidence; the “minority party has to win more of its arguments based upon facts” because it lacks access to other levers of power.

Timing also mattered. Research more often is used early on in the policy process when the issue is still a work in progress and policymakers have not yet staked out a position. Where the research was introduced also mattered. The most expertise on specific issues lies in committees, where bills are developed before hitting the floor.

Regardless of the time or place, research is used in a political sphere where decisions are reached through negotiation. So, for policy purposes, the utility of research depends not only on its credibility to allies, but also to adversaries. Policymakers screen the credibility of research less by the methods and more by the source, particularly the source’s reputation as reliable and nonpartisan. Despite its value, policymakers believe that nonpartisan research is difficult to find.

To understand research use in policymaking, we must think like a river. Policy issues infused with morality, ideology, or passion flow through narrow, nonnegotiable routes that restrict research use. However, research can navigate the policy landscape on issues that are new, technical, or open to consensus. Research use is facilitated when it enters through the port of a committee and frustrated when it enters downstream where it hits the rapids of unrelenting time pressures. To guide next steps, policymakers provided practical advice to those interested in communicating research to them. Legislators also identified multiple ways that research contributes to their effectiveness as policymakers and to the policy process. See the works listed below for more about these recommendations.

Karen Bogenschneider is a Rothermel-Bascom professor emeritus of Human Ecology at the University of Wisconsin-Madison. Her expertise is the study, teaching, and practice of evidence-based family policy. She is known for her work on the Family Impact Seminars, and is co-author of a forthcoming second edition of Evidence Based Policymaking: Envisioning a New Era of Theory, Research, and Practice.

Bret N. Bogenschneider is an assistant professor of business law in the Luter School of Business at Christopher Newport University.  His expertise is in tax law and policy, and he is author of the recently released How America was Tricked on Tax Policy. 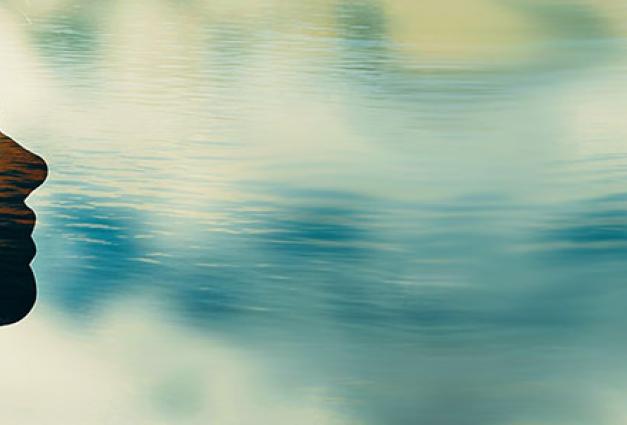 From Overwhelmed to Self-affirmed: How Expressing Our Deeply Held Values Can Clear Our Heads

BY Crystal Hall
Research shows that encouraging people to reflect on what they care about reduces the psychological burdens of stigma and poverty.
Character & Context Blog

Will the Pandemic Change Political Attitudes?

BY John T. Jost
Science weighs in on whether the crisis caused by COVID-19 will likely lead to increased socialism, liberalism, conservatism, racism, and/or xenophobia.
Character & Context Blog