Having a bad day is a universal experience. But people differ in how bad days affect them. The way we deal with our feelings has important consequences for our sleep, our mood the next day, and our well-being. When we have a family, how we deal with our feelings may also have important consequences for our interactions when we get home.

To test how hiding one’s emotions can influence parent-child interactions, we recruited 109 parents and their 7–11 year old children, half of whom came in with their moms and half of whom came in with their dads. To mimic the ways in which parents may come home to their kids after having a bad day, we had the parents participate in a stressful public speaking task while their child was in another room. Before being reunited with their child, we asked half of the parents to not show their kids how they felt by not expressing their emotions verbally or through their facial expressions and body language. The other half of the parents were instructed to act naturally, the way they would at home.

Parents and their kids were then reunited and asked to complete a timed, cooperative game with Legos. Children were given a set of instructions with pictures to build a Lego house and told to instruct their parent how to build the house without touching the Legos themselves, a very difficult task for children this age. We video-recorded their behavior during the task to assess whether parents who hid their emotions from their kids behaved differently from parents who were asked to act naturally, and whether their children also acted differently.

Parents who acted naturally also gave more feedback to their children about the Lego game. For example, they asked them to describe the color and length of the pieces, as well as the location where they should be placed in relation to previous turns—a process called scaffolding behavior that is critical for building children’s ability to regulate their emotions. As a result, parent-child pairs in which the parent hid their emotions from their child were rated as having lower quality interactions overall.

Interestingly, results differed somewhat depending on whether children interacted with moms or dads. Children interacting with mothers who hid their emotions were less warm and responsive than those interacting with fathers who hid their emotions. One possible explanation for this difference is that children seemed to be more sensitive to their mothers’ emotions than their fathers’ emotions. For example, children’s level of warmth during the interaction was more similar to how warmly their mothers behaved than how warmly their fathers behaved.

Overall, our study suggests that hiding your emotions from your child may decrease the quality of your interactions with them and could also have negative downstream consequences for your child’s ability to regulate his or her own emotions. Are we saying that you should share all of your negative emotions with your child? Definitely not. But sharing how you feel with them in a healthy, adaptive way may help children learn that it’s okay to feel bad sometimes and that you can feel better by talking to people you love.

Helena Rose Karnilowicz is a Social/Personality Psychology Ph.D. student at the University of California Berkeley.

Sara Waters is an Assistant Professor of Human Development at Washington State University.

Wendy Berry Mendes is the Sarlo/Ekman Professor of Emotion at the University of California San Francisco. 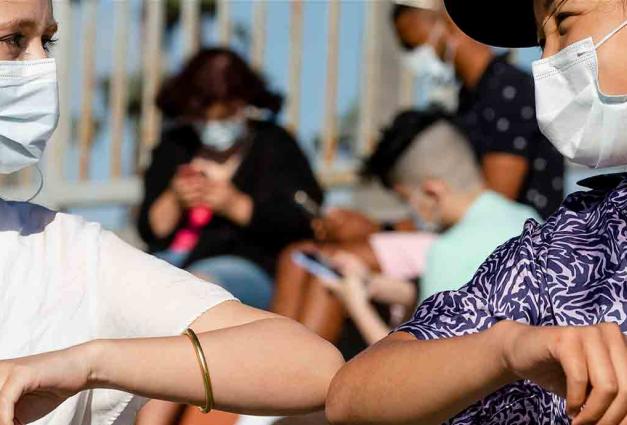 Teaching Emotional Resilience Across 87 Countries During the COVID-19 Pandemic

BY Ke Wang
Are there ways to alleviate the pandemic’s negative impact on our mental health?
Character & Context Blog