A few years ago, I had my first conflict with a colleague. It seemed trivial: we were arguing over toys. While it may have seemed like we were acting like the children who play with them, the conversation was much bigger than toys. It was about gender bias and inequality.

We had been discussing the “de-gendering” movement several retailers recently joined. They had begun to remove gendered signs and language from their stores. My colleague responded, like many others, suggesting that this move was ill-advised. Marketers have spent many years identifying the different toy-preferences of boys and girls, he argued, and these “natural” differences are present even in non-human species. I took a different side: I argued that many products are unnecessarily gendered, limiting the range of skills girls and boys develop, which affects their subsequent career choices and ambitions.

To help him understand that gender might be an overused and unnecessary way to categorize certain entities—such as toys—I looked down, seeking an analogy. I noticed his wineglass. The smooth glass; the curvy shape; the fair, light color of the white wine—these qualities made his glass of wine quite feminine. Was gender useful in understanding his wine-glass? Probably not. So, I asked him, if he had to choose a gender for his wineglass, which would he choose? Was his glass more “male” or more “female”? He looked at me as if I had asked a stupid question, but through his confusion, he begrudgingly said, “Female.” To his chagrin, he agreed I had a point. Unlike gendering toys—for which a gendering argument is clearer—the case for gendering a wineglass was tricky. That is, while gender could be used as a way to categorize a wineglass, it wasn’t necessarily a logical or functional one.

I realized our conversation could have research implications. Could asking people to assign gender identities to genderless things help show them that gender is not always a useful attribute—and that in fact our impulse to gender things can lead to problematic stereotyping and biased decision-making?

The smooth glass; the curvy shape; the fair, light color of the white wine—these qualities made his glass of wine seem quite feminine. Was gender useful in understanding his wineglass?

In recently published research, my colleague Michael Slepian and I tested whether asking people to assign genders to entities far removed from gender—everything from sounds to shapes to symbols—would help them realize how disconnected gender norms can be from men and women, and therefore reduce gender stereotyping.

In a series of studies, we asked people to gender—that is, to divide by masculinity and femininity—various entities. We asked them to gender human-connected entities, like toys, clothing, sports, and skills, as well as human-abstracted entities, like species, sounds, and shapes.

Our results suggested that critics of gendering have a point. The process of gendering human-connected entities—those that can be logically and directly tied to gender due to associations and stereotypes with men and women—led participants to believe women were more feminine (nurturing, gentle) and men were more masculine (independent, leader-like). In contrast, the more that people gendered human-abstracted entities—those that were able to be gendered due to their conceptual similarities to men and women—the less they stereotyped both men and women. In other words, when people believed that a butterfly was more feminine, they were less likely to believe gendered qualities such as gentleness and sensitivity exclusively applied to women; they subsequently stereotyped women less on these dimensions.

In another set of studies, we examined why gendering human-connected and human-abstracted entities increased and reduced stereotyping, respectively. Our hypothesis: gendering entities that are logically connected to men and women would legitimize gender as a natural and functional category (rather than a socially constructed one), thereby making gender stereotypes more salient and accepted. In contrast, gendering entities that have no logical connection to men and women would make gender seem more arbitrary and socially constructed, leading people to reject gender stereotypes.

To test this hypothesis, we asked people to gender either human-connected or human-abstracted entities. We found the same pattern of results—those who gendered human-connected entities gender stereotyped more, and those who gendered human-abstracted entities gender stereotyped less. For example, when one sees a human-connected entity as gendered (such as believing football is masculine), it likely evokes many stereotypes about men as rough and strong, reifying and strengthening masculine stereotypes about men, making these qualities seem natural. On the other hand, when one sees a human-abstracted entity as gendered (such as believing that a rock is more masculine), it dissociates qualities like rough and strong from males and allows masculinity to expand beyond human categories, making it seem socially constructed rather than natural.

Supporting this point, those who gendered human-connected entities were more likely to legitimize these stereotypes by endorsing statements like, “It is hard to change the innate dispositions of a person’s gender.” Additionally, those who gendered human-abstracted entities were more likely to reject gender stereotypes, endorsing statements like, “The properties of gender are constructed for economic, political, and social reasons.”

We found that by exposing people to their tendencies to gender things in arbitrary and illogical ways, we may be able to reduce the gender stereotyping that negatively affects both men and women.

In another set of studies, we took abstracts from research papers, like this one, on the gendering of human-connected versus human-abstracted entities, and found that people exposed to articles about the gendering of human-abstracted entities were more likely to rate a female stereotype-violator (a dominant female boss) as leader-like, compared to those exposed to an article indicating that human-connected entities were gendered. Again, this was due to the belief that gender differences were socially constructed, rather than biological.

Ashley Martin is an assistant professor of organizational behavior at the Stanford Graduate School of Business. Her research focuses on the challenges and benefits associated with gender and racial diversity in organizations. 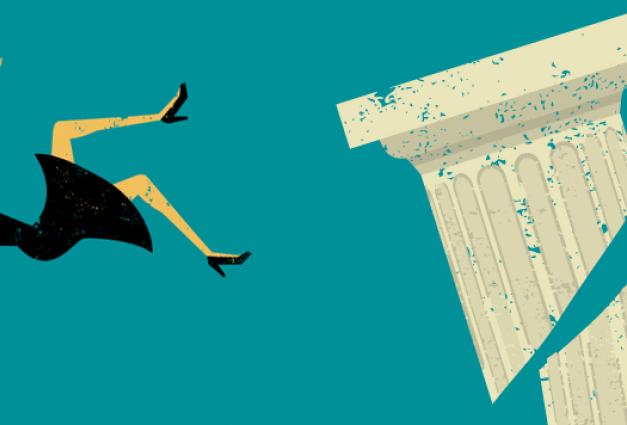 BY Miriam S. Yates & Tyler G. Okimoto
Role models are not superhuman, and they sometimes fail. Although we might accept their imperfections, we do not expect that other people will treat them the same.
Character & Context Blog 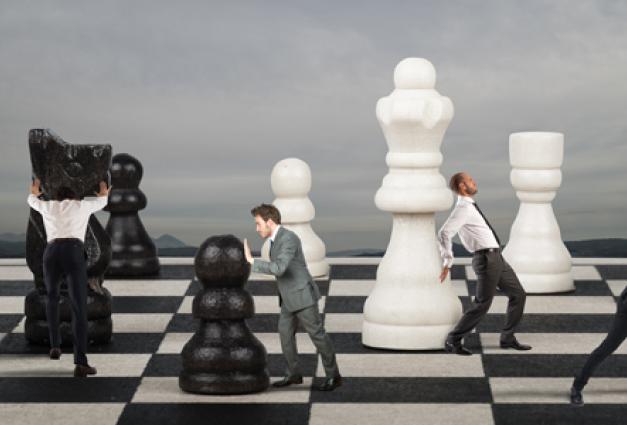