What Makes People Think That an Action is Morally Wrong?

What criteria do people use to decide that something is morally wrong?  This is a fundamental question in the psychology of morality. Some psychologists believe that there is single answer to this question—that all moral wrongdoings share a single basic property. If you think that all moral judgments are based on a single criterion, you are a moral monist.

We were interested in this debate between moral monism and pluralism because we had reasons to think that the harm-based version of moral monism is incorrect.  That is, we didn’t think that all moral judgments are based on harm. For one thing, there are plenty of harmful acts that many people approve of because they have some kind of benefit. Military interrogations, harmful experiments on animals, and punishing offenders all cause harm, but many people approve of them. Thus, harm, in the sense of causing others pain or suffering, cannot be fundamental to judgments of wrongdoing.

Based on our past research, we thought that the notion of injustice may be a better foundation for morality than the notion of harm. Our deflationary view of harm proposes that people judge harmful acts that involve injustice as morally wrong. For example, hitting someone is considered wrong when it is seen as unjust, but it would not be considered wrong if you hit someone in self-defense.

We also thought that selfishness is central to people’s concept of injustice. When people think of injustice, they have in mind a selfish action that does not consider everyone’s interests in a situation. Hitting, infidelity, and tax evasion are seen as morally wrong when they involve injustice that arises from selfishness.

Although we thought that injustice is important to people’s sense of wrongdoing, we also had reason to believe that moral pluralism is correct—though not necessarily the version offered by Moral Foundations Theory. This is because people seem to consider actions as morally wrong for reasons other than mere injustice. For example, it is unlikely that people consider consensual incest to be morally wrong because it involves injustice.

To test our ideas about people’s moral judgments, we conducted four studies that examined a wide range of criteria that people use to judge whether an action is wrong.  In our first study, we had research participants think of acts of wrongdoing from their everyday lives. They then rated how wrong these actions were and rated the actions on ten dimensions, which covered ratings of injustice (how unfair, unjust, dishonest, and selfish the action was), harm (causing pain or reducing well-being), disrespect for authority, group disloyalty, and impurity (the degree to which the action was gross or impure). Participants reported a great diversity of acts that they considered to be morally wrong. But, crucially, we found that ratings of injustice dominated people’s moral evaluations of these diverse acts. Ratings of harm were less important.

In subsequent studies, we presented participants from America and Greece a diverse set of ten wrongful acts, which they rated as in Study 1. For both American and Greek samples, injustice ratings had the most far-reaching impact on people’s moral judgments. Interestingly, impurity ratings also made an important contribution. Although harm ratings made an important contribution to judgments of wrongness for some acts, their overall contribution was minimal. Disrespect for authority contributed a little, more so for Greek participants than for Americans. Group disloyalty was not related to participants’ judgments of wrongdoing much at all. The figure below visually represents in an approximate manner the overall contribution of each of the five categories to judgments of wrongdoing. 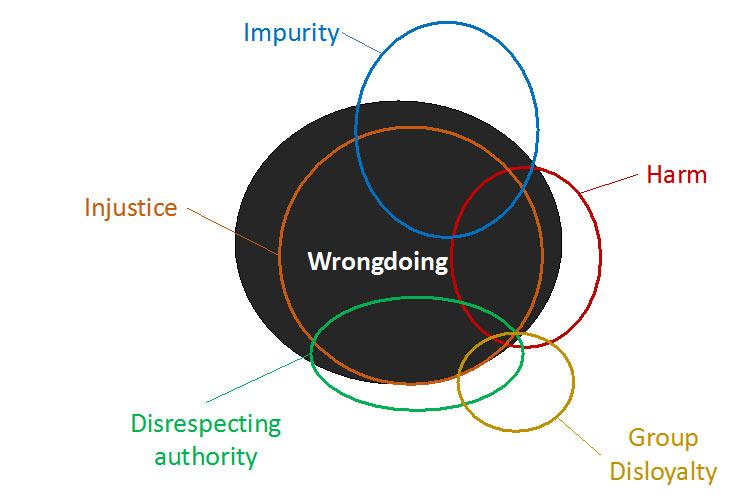 Our findings indicate several things. First, the idea of harm-based monism is clearly incorrect. Second, perceptions of injustice contribute most strongly to people’s judgments of moral wrongdoing.  That said, our findings are more in line with moral pluralism than monism. Although injustice is most important, it was not the only notion guiding judgments of wrongdoing.

Lastly, although moral pluralism seems correct, our results do not support the picture set out by Moral Foundations Theory. Some of the five foundations made little, if any, unique contribution to people’s judgments of wrongdoing. Furthermore, though Moral Foundations Theory does not deny this possibility, our findings highlight that people can view the same action in multiple ways—for example, as involving harm, injustice, and disrespect to authority all at the same time—and each can simultaneously feed into an overall judgment that the act was morally wrong.

Jared Piazza is a lecturer of psychology at Lancaster University. His research focuses on the social-psychological factors influencing the way people approach moral issues and the treatment of animals.

Paulo Sousa is a director of the Institute of Cognition and Culture at Queen’s University Belfast. His research interests include agency, moral psychology, and intergroup conflict as well as their relation to religion. 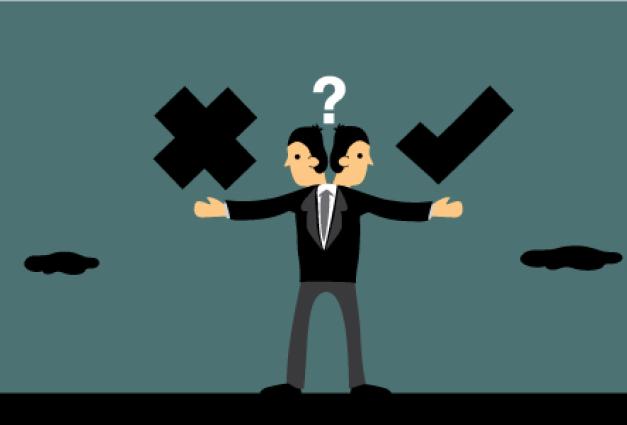 Designing to Avoid “Ordinary Unethicality”: A Q&A with Yuval Feldman 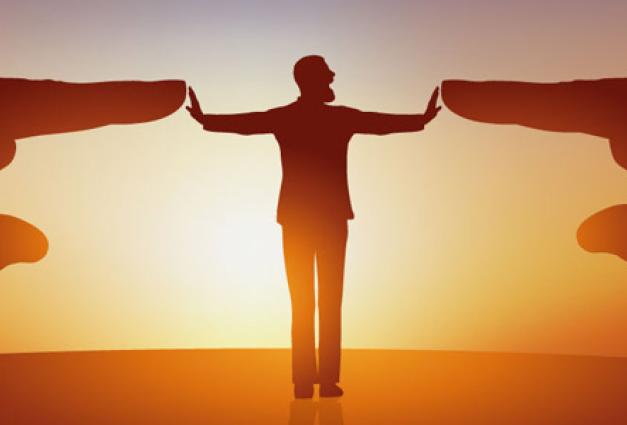 Liberals and Conservatives Favor Their Own Groups When Applying Moral Principles

BY Jan G. Voelkel & Mark J. Brandt
Although moral principles are thought to be universal, both liberals and conservatives selectively apply their morals depending on who benefits.
Character & Context Blog