When a “Small” Change Mitigates Bias

It’s easy to divide people into the good and the bad, the heroes and the evil-doers. Yet a profound lesson of social psychology is that we all have within us the capacity for both great good (helping a person in need) and great evil (administering painful shocks to a stranger). And sometimes, all it takes is the right tweak to the situation to make the difference.

In recent years, to some extent, we’ve lost sight of the power of the situation, especially when it comes to bias. We talk of “implicit bias” as though it were deep within people, fixed, and defining of their character. But if bias is all we see, we miss how even imperfect beings can behave in positive ways—and how “small” changes in situations could bring out our better selves.

Back To School From Juvenile Detention

For the past eight years, we’ve been working to understand the experiences of children returning to school from juvenile detention. These kids are perhaps the most stigmatized students in school. They’re mostly boys, mostly African American, and they’ve all been convicted of a crime.

What’s a teacher to think when a 14-year-old African American “criminal” reenters their class?

It doesn’t matter who you are: The racist stereotype of the violent, out-of-control Black thug is right there. Teachers are aware of it, and students are too. And that stereotype gets in the way, at exactly the wrong time. If students are to stay in school and make progress, they need a trusting relationship with at least one adult.

Our project began with a 15-month listening process. Working with the Oakland (California)  Unified School District and local student organizations, we talked with kids who had gone through juvenile detention so we could learn about their experiences, hopes, challenges, and fears.

A theme that came up time and again was relationships with adults in school. Students knew they needed support, but feared they’d be put in a box. What could be done?

In the end, we developed a procedure to orient students and teachers toward positive relationships with each other from the start, by presenting each child as an individual person with specific goals and challenges, who was asking a teacher personally for their support. We hoped that this would evoke teachers’ best “teacher self”—and that it would sideline bias, so bias wouldn’t control their behavior.

A few days after reentry, a member of our team sat down with each child for an hour-long session. First, we asked children to describe the positive goals and values they had in school, like  “to make my parents proud.” We also shared stories from other youth who had gone through reentry, who told of challenges they had faced and how building positive relationships with teachers had helped them make progress.

Next, we asked: Who is an adult in your school who could be an important support for you? What would you like this person to know about you, your goals and values, and what is hard for you that they could help with?

What kids wrote was heartbreakingly simple. One child said, “I would want [my Spanish teacher] to know that my only goal in school is to build positive relationships & just to show everyone that I try my best.” We then put children’s self-introductions into a 1-page letter, which we gave to the teacher the child had chosen, noting that the child had specifically chosen them and requested their support. For comparison, another group completed the exercise but the letter was not delivered (all students were told we “might be able to” deliver the letter). A third group completed control tasks focused on academic skills.

Months later, by the end of the next semester, 69% of children in the control condition had returned to juvenile detention. So had 64% in the relationship condition but where the letter wasn’t delivered. But when the letter was delivered, the rate was reduced to 29%. It’s a small sample (just 47 children) and we need to learn more in future research. But for these children, even a “small” change had a transformative impact on their transition back into school.

And for teachers, that letter was not small. Another study revealed its meaning for them. One teacher wrote,

I think that any fears I might have had regarding conflict with a student…would be ameliorated. The introduction letter would lead me to anticipate a positive relationship. [He] has goals and he has challenges. My job as an educator is to help students meet their goals and overcome their challenges. I would look forward to working with [him].

You can almost feel the bias evaporate in this teacher’s response, as her best self comes forth in service of the student. Indeed, when teachers imagined a student returning to class from juvenile detention with this letter (versus without), they felt more committed to the child, anticipated better outcomes for him, and even felt more love, hope, trust, and respect for him.

Jacqueline Woodson’s fabulous picture book The Day You Begin preaches that the day you begin is the day “you begin to tell your stories.” Our study gave students a way to tell their own story, to introduce themselves to a teacher of their choosing in their own words. By elevating students’ voices and choices, teachers could become their better selves and relationships that began at risk found firm footing.

Greg Walton is the Michael Forman University Fellow in Undergraduate Education and Associate Professor of Psychology at Stanford University. He investigates psychological processes that contribute to major social problems and how “wise” interventions that target these processes can address such problems and help people flourish, even over long periods of time.

Jason Okonofua is an Assistant Professor of Psychology at University of California, Berkeley and the President of the Board of Directors for National Center for Youth Law. Located at intersections of education, criminal justice, healthcare, and workplaces, his research examines how bias functions in real world contexts and designs and tests large-scale social psychological interventions to mitigate the consequences of bias.

People Believe that Prison Transforms Prisoners for the Better 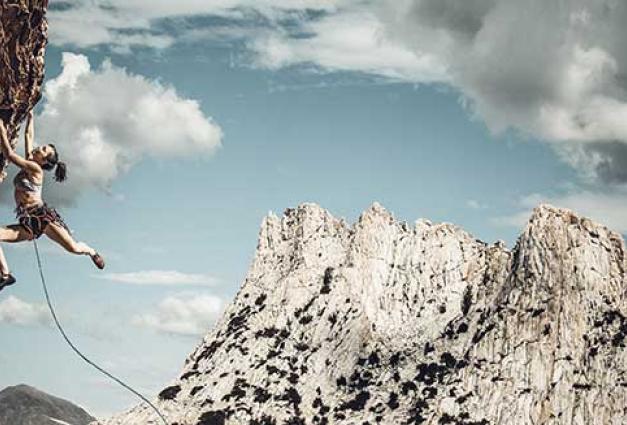 Are You Hitting Your Limit, or Getting Stronger? The Power of Reinterpreting Mental Effort