If you have been following U.S. politics lately, you will likely have read that the appointment of Kamala Harris constitutes many important “firsts” for the United States. She is not only the first woman, but also the first Black American and the first Asian American, to become vice president of the United States. Tacit in this designation of “the first” is the implication that others will follow. As the vice president herself stated in her inaugural speech: “While I may be the first woman in this office, I will not be the last.” President Biden echoed this sentiment when he stated that his cabinet will be one of “barrier breakers, a cabinet of firsts.”

The idea that these “firsts” will open the doors for other members of their underrepresented groups is a commonly held assumption. A good example of this is the often-used metaphor of “breaking the glass ceiling” for women in leadership, which suggests that once one woman has broken the glass, the ceiling has been shattered for all women to come. But is this actually the case? Does simply seeing a woman in top leadership make it easier for other individual women to attain similar positions?

Our research suggests that, unfortunately, the answer is generally no.

In several experimental studies, we presented participants with information about a successful or unsuccessful female (or male) CEO. We told them that the company was seeking a replacement for the CEO and asked them to evaluate either a female or a male candidate. We found that the way a female (but not male) leader performed determined the impact her presence had for the women who followed. While exposure to a successful female leader did not hurt other women’s chances of becoming leaders, we found little support for the idea that it actually eases other women’s paths to leadership. However, when a woman leader failed in her role, the opportunities of aspiring female leaders were substantially hindered. Critically, following an unsuccessful female leader was worse for other women than following a (successful or unsuccessful) male leader: Not only were aspiring female leaders evaluated more negatively, their chances of being selected over an equally qualified man were significantly impaired.

Challenging the narrative of the broken glass ceiling, our studies show that the penalty an aspiring woman faces for following a failing woman leader is far greater than any boost she may receive when following a successful woman leader.

This asymmetry between the effects of success and failure is all the more concerning when viewed in light of other work suggesting that women leaders are often “set up to fail.” For example, women are more likely than men to be selected for leadership positions during periods of crisis or uncertainty—for example, when a company takes a sudden downturn. As a result, women often find themselves in precarious leadership positions where failure is all but assured.

Further, decades of research have demonstrated that women in historically masculine domains, such as leadership, tend to be more negatively evaluated and blamed more for their mistakes than identically performing men. Thus, women leaders are also disproportionately likely to be perceived as failing in their role. Together, these factors are likely to further amplify the negative implications of the “woman-to-woman generalization” that we document in our research.

But why do people generalize from the performance of one woman to the evaluations of another, unrelated, woman? Our work suggests that “gender salience” lies at the heart of this phenomenon. Because of their continued scarcity and gender stereotypes portraying women as not having what it takes to be competent leaders, a female leader’s gender is highly salient—that is, important and obvious—to perceivers. In other words, people tend to think of women in these positions not simply as leaders, but as female leaders. (An interesting illustration of this tendency can be obtained by typing in “female leader” or “male leader” into Google’s search engine: Using gender to describe a leader is nearly four times more common when that leader is a woman.) This heightened group-membership salience, in turn, can increase perceptions of within-group similarity. For a woman leader, this means that people around her are more likely to see her as similar to other women and less likely to differentiate between her and a different, aspiring female leader.

However, our findings demonstrate that woman-to-woman generalization is more likely to occur after exposure to an unsuccessful than successful leader. Although the exact reasons behind this asymmetry are not yet clear, we suspect that unsuccessful women are more likely to promote perceptions of within-group similarity because they confirm (rather than disconfirm) gender stereotypes about women’s lower leadership skills. Thus, while a well-performing woman leader may be seen as an exception and therefore not particularly informative about other women, a failing female leader is likely to be seen as emblematic of women in general and therefore eases generalization to the women that follow.

Although discouraging, these findings should not lead us to conclude that promoting women (and other occupational minorities) is a futile, or perhaps even harmful, effort. On the contrary, these findings underscore the need for more women in leadership: As the number of women in top leadership (and other traditionally masculine domains) increases, the tendency for a woman’s gender to be salient will be diminished—reducing the negative effects of woman-to-woman generalization. Indeed, once women leaders stop being “firsts,” we might finally begin to judge aspiring female leaders based on their own merits rather than irrelevant information, such as the performance of the woman who happened to precede them.

Francesca Manzi is a social psychologist and postdoctoral fellow at Utrecht University interested in uncovering the (subtle and not so subtle) ways that gender bias expresses itself in modern society. www.francesca-manzi.com

Madeline Heilman is a Professor of Psychology at New York University who has published extensively on how the perceived “lack of fit” between female stereotypes and traditionally masculine jobs affects women’s evaluations. 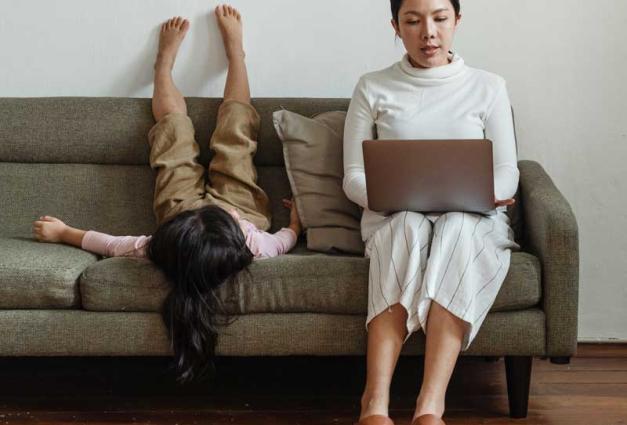 Still Searching for a Room of Her Own

BY Ronit Waismel-Manor
For women, any home space becomes a workspace, but men get to have a room of their own.
Character & Context Blog

BY Hui Bai
You are probably not surprised that racists opposed Barack Obama and sexists disliked Hillary Clinton. But the reason for these is probably not what you think.
Character & Context Blog