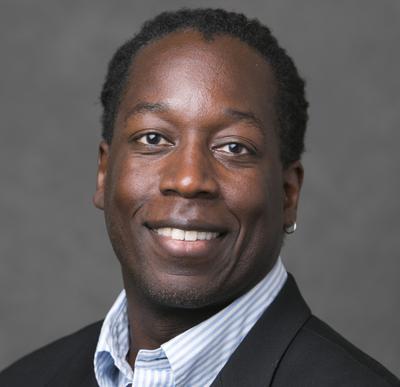 Social psychology and social cognition provided the most compelling framework for answering some of my questions about human behavior, particularly stereotyping and prejudice.  As an undergraduate at Michigan, I took a cognitive psychology course from John Jonides during the same semester that I took an attitudes and behavior seminar from James Hilton.  I know social cognition was already established at the time (in fact, the text for the course was Social Cognition by Fiske and Taylor), but taking those courses simultaneously -- with the weekly juxtaposition of the research questions and models in each subfield -- made it seem as if I was discovering social cognition from scratch.  I was hooked. From that point I just wanted to learn more, and graduate school was the best opportunity to do that.

I’m interested in furthering our understanding of how stereotypes and prejudice influence our judgments, behavior, and outcomes in society.  More specifically, we’re exploring how racial phenotypicality (variation in race-related facial features) impacts mental representation, social perception, and judgment.  And while I’m still interested in understanding these basic processes, more recently I’ve started exploring how we can apply this knowledge for the betterment of people’s lives.  From that perspective we’re working to understand how to facilitate interracial interaction using emotion regulation strategies and humor in order to address anxiety.  We’re also exploring how to encourage and empower people (targets and allies) to confront bias through strategies meant to minimize backlash.  Going forward, I’m interested in translating this work (and social psychology in general) to real-world settings.

It was all about the research and networking opportunities at the convention.  As an organization, SPSP is the best opportunity to develop professional connections with faculty and graduate students interested in social psychology.  The conferences held by other regional and national organizations are sparsely attended, or the social and personality research offerings are diffuse, or both.  SPSP has long been the go-to organization.

That’s a hard one because I love so much about the convention.  But one memorable experience was the first Diversity and Climate Committee Reception that I helped organize as committee chair.  The reception was a way to welcome and celebrate underrepresented students who had won travel awards, but in recent years seemed to languish a bit.  Like many diversity efforts, it had an undeserved reputation of being just for those from underrepresented backgrounds.  We sought to make that event less marginal by asking award winners to indicate some scholars in the field whose work influenced them, many of whom were not from underrepresented backgrounds.  We then invited those individuals to the reception with the goal of meeting the student who “admired” them.  Even in the first year it was a huge success — a somewhat goal-directed networking opportunity that brought students and faculty together.  Since then the reception has thrived through the efforts of those who came after us, and with the support of the Executive Committee.  It’s a truly welcoming space, an incredible networking opportunity, and it has become the highlight of my convention.

When I first arrived at Tufts it was a small and isolated social program.  Being in the Boston area with so many other social programs made that less of a challenge, but the convention has always been the best place to see what others are doing in my research area and get new perspective on old ideas.

Don’t shy away from opportunities to talk to others about your work.  Explaining what you do to someone else, and the feedback you receive, can shift your perspective in ways that can sometimes be beneficial, particularly if you find yourself in a rut.   And while self-promotion is important, so is listening.  Value others and more often than not they will value you.  Start making social and research connections with other graduate students, as these will be your colleagues in the future.   It’s a huge part of your developing identity as a scientist and integration into the field.