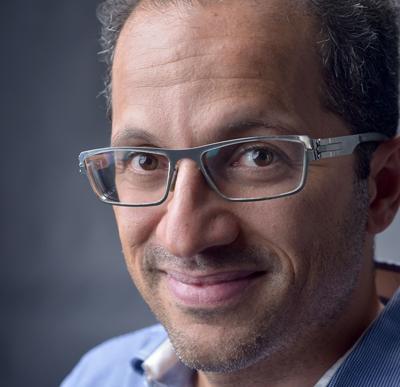 Michael Inzlicht is a Research Excellence Faculty Scholar at the University of Toronto. Michael’s research sits at the boundaries of social psychology, cognitive science, and neuroscience. His most recent research focuses on the underlying nature of self-control, including how it is driven by motivation. Michael received his B.Sc. from McGill University, and his Ph.D. in Experimental Psychology from Brown University.

I did not always want to be a social psychologist. In fact, for much of my early life I had a different aspiration: I wanted to be a dentist! Thus, I took all the hard sciences in high school and college, and majored in anatomical sciences at McGill University (involving lots of classes in physiology, biology, microbiology, organic chemistry, etc).

I took a few classes in psychology because I thought they were fun and interesting, and after a while I had enough credits to complete a minor in psychology. In my senior year at McGill, I finally woke up and realized that aside from the money, dentistry had no real appeal to me. I didn’t know what to do, though I wondered if I could make a career out of my genuine interest in psychology.

I graduated and worked briefly in the real world and then traveled a bunch, after which I returned to McGill to take more psychology classes. During that time I took an introductory social psychology class taught by Dr. Donald Taylor, who was legendary at McGill, and everything changed for me. It was during that class that I discovered what I truly loved and started wondering how I could make a career out of social psychology.

My work has challenged the notion that self-control is some sort of finite resource that becomes depleted after use, instead suggesting that self-control is a product of desires and priorities that sometimes shift over time. More recently, I have come to believe that self-control (defined as self-restraint or self-stopping) is mostly unimportant for meeting long term goals. In its place, my work indicates that motives and desires are far weightier.

On a meta-scientific level, I am deeply influenced by the scientific reform movement and have committed to improving my scientific hygiene so that my work is rigorous and replicable. It’s impossible for me to know what I’ll become interested in the future, but right now I am obsessed by the psychology of effort, and believe that a deeper understanding of effort can help us understand things like empathy, moralization, and blame.

Well, it’s THE place for social psychology in the world. So the better question, in my mind, is why would you not join SPSP? If you’re a social and personality psychologist, there is no better society out there.

SPSP does so much: incredible convention, top-notch journal, awards of all sorts including early career researchers, small grants, representing our interests to policy makers and key people in government, and increasingly embracing scientific reform to improve our discipline.

There are SO many good memories of the SPSP convention, only a handful of which are suitable for this newsletter! I’ve been to almost every conference, including the first one in Nashville. I guess my most memorable moment comes from that first-ever SPSP convention.

I was a graduate student at the time and was presenting some of my research as a poster when Dr. Brenda Major, one of my all-time social psychology heroes, came to talk to me about my research. I was so excited to meet Brenda face-to-face and to hear her say nice thing about my research. That small moment sustained me; it made my conference, if not my year!

In countless ways, but probably the most obvious is that I’ve had many opportunities to speak at the SPSP convention, thus allowing my work to reach a broader audience.

I have two bits of advice, one generic, the other less so. First, follow your passion. Life in academia can be hard and can involve many annoyances and concessions. However, it can also be immensely rewarding; but only if you love what you study.

I have now met a number of early career researchers who are simply going through the motions, conducting the research their advisors want them to pursue or that they started in graduate school. These students (but sometimes assistant professors) don’t love what they study and they are unhappy as a result. So, study what you love and not what you think others will love. You and your work will benefit.

Second, pay attention to the conversation the field is now having about scientific reform and best-practices. Our field is changing a lot, with a lot more still to come. Some of what we now consider as solid and true (e.g., the stuff we read in our textbooks) will turn out to be neither.

You can improve the field by learning the right way to do research from the get-go. So pay attention to the discussion (often happening on social media), adopt practices that might be new for you or your lab, and embrace uncertainty.

I have young children, so I’m not sure I have lots of free time! That said, I truly enjoy drinking beer (the democratic libation) with friends on a patio. I also try to travel as often as I can with my wife and life-partner, often for long periods. Oh yeah, I like The Big Lebowski. A lot.