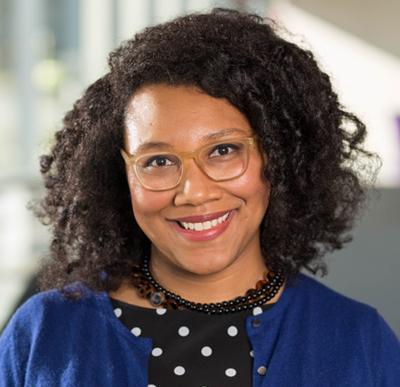 SPSP member Sylvia Perry is an assistant professor with the Department of Psychology at Northwestern University. Her research investigates stereotyping and prejudice, intergroup relations, and social cognition.

We didn’t have a social psychology program at my undergraduate institution—The University of North Texas—so I didn’t really know what social psychology was, until right before I decided to apply to graduate school. I was introduced to the idea of becoming an experimental psychologist in my junior year of college while taking a developmental psychology class. The professor, who happened to be the only Black female professor I’d encountered during college, often talked about her own experimental research during class. She inspired me, and I was fascinated by the idea of conducting experiments for a living.

After working in cognitive and community psychology labs, I struggled to understand how the research questions in which I was interested “fit” within experimental psychology. For example, I was interested in answering questions about why various groups underperform in academics, and why people from different racial groups often have difficult interactions and trouble communicating with one another.

After a bit of Googling, I discovered the Social Psychology Network, and it became clear that these questions were social psychological in nature. After finding several faculty members who were conducting research related to my topics of interest, I decided that I wanted to apply to graduate school to pursue a PhD in social psychology.

I am interested in the individual differences and situational factors that may exacerbate or attenuate prejudiced behavior, and how people cope with discriminatory environments. More specifically, I am interested in whether there are individual differences in Whites’ awareness of, and concerns about, their expressions of subtle bias; how this (bias) awareness might be related to prejudice reduction, intergroup contact, and health disparities; and the various situational factors (e.g., racial climate, diversity) and individual level factors (e.g., racial identity) that affect racial minorities’ psychological well-being and sense of belonging.

With new work in the lab, we are investigating how biases are learned, how biased beliefs can “spread” from one person to another (e.g., Do medical students become more biased when they observe attending physicians displaying bias?), and how people perceive those who admit their biases.

When did you join SPSP?

I joined SPSP because I wanted to learn about the emerging research within the field and to meet other (budding and more established) social psychologists.

What is your most memorable SPSP annual convention experience?

I think my first SPSP convention was probably one of the most memorable. I recall attending a dinner for minority scholars where I met several other graduate students of color (many of whom were first years, as well). The cool thing is that many of those former students are currently social psychology faculty, and we’ve continued to be in touch. I can say “I knew them when…”.

Being a member of SPSP has afforded me invaluable networking opportunities, the ability to disseminate my work, and has helped me generate new research ideas that were inspired by other scholars’ new work.

Study something you’re passionate about, even if that means you have to create your own lane. Sometimes our “rewards” are few and far between, but if you’re passionate about your work, it will sustain you. Introduce yourself to and engage with faculty members whose work interests you when you’re at conferences. That person may remember you when you’re on the postdoc or job market.

I used to spend much of my time exploring all of the cool restaurants, festivals, and museums in Chicago. These days, my husband and I spend the majority of our “free” time hanging out with our adorable infant, Henry.