How Much Does Rejection Hurt Day-to-day?

People are inherently social. We spend a lot of time with others and thinking about others. Our lives are impacted—for better or worse—by our sense of belonging. This need for belonging was particularly highlighted during the COVID-19 pandemic. The lack of social connection has serious, painful consequences.

Though it may seem obvious that being rejected is painful (causing decrements in self-esteem, belonging, and mood), past study designs examining the impact of rejection have been limited. Most of the studies compare being rejected to being accepted. This makes it unclear as to whether it is rejection that makes people feel worse or if inclusion makes them feel good.

For example, research on social rejection largely relies on asking whether people who are rejected are different from people who are included (a comparison between groups of people). This question is important, but it ignores the question: when people are rejected, are they different than when the same people are included? This "when" question versus "who" question may yield the same answers, but it isn't a guarantee. For example, people who exercise more have lower resting heart rates than people who exercise less, but when people are exercising, their heart rate is higher than when they are resting.

So, we got out of the lab and took a look at people's daily experiences of inclusion and exclusion. We want to know, does exclusion actually feel bad or is it that inclusion just feels much better? Additionally, if exclusion feels bad and inclusion feels good, are those experiences equal in impact or is one of those stronger?

For seven days, 157 participants received 6 text messages over the course of the day. Each text had a link to a survey asking if, since the last survey they received, they had any interactions with someone else or a group of people either in person, by phone, text message, or online. If they said yes, they were asked to select from a host of words to describe how the interaction made them feel, some of which were indicative of inclusion (accepted, included) and some of which indicated exclusion (rejected, ignored). On each text, participants also rated their current mood and how satisfied they felt about their belonging, self-esteem, self-control, and sense of having a meaningful existence at that moment. These four things are considered by researchers to be "basic needs" and they are often threatened by social exclusion.

Thus, we were able to compare people when they had no social interactions to when those same people had inclusionary or exclusionary interactions. We could also compare inclusion and exclusion experiences to each other. What we found may not be surprising. When people were excluded, relative to no interaction, they felt their basic needs were unmet and they had worsened mood. The reverse was true during inclusion episodes. When people were included, it feels good and when people are excluded, it feels bad. We also found that the effect of exclusion was a lot larger than the effect of inclusion (2 to 4 times as big). Thus, inclusion does indeed feel good, but exclusion feels a lot worse.

This is consistent with another phenomenon called the positive-negative asymmetry effect. This describes people's tendency to weigh negative information and experiences more heavily than positive information and experiences. Bad actions count more than good actions when forming impressions of others, for example, and bad experiences often loom larger in our days than good experiences (as when a teacher who receives numerous positive evaluations at the end of a semester focuses on one very negative one). Here, rejection events seem to elicit a more intense response than do positive events.

Exclusion Hurts; What Else Is New?

In the end, it may seem like this study found exactly what you might expect—exclusion hurts, and inclusion feels good. Why should anyone care? There is value in demonstrating the use of a method for studying this topic that isn't often used. Beyond that, however, this work highlights how important social interactions are to our daily lives and that while inclusion feels good and exclusion feels bad, the sting of exclusion is indeed more painful than the bliss of inclusion.

Michael J. Bernstein is a Professor of Social Psychology at Penn State University Abington. He studies social belonging, social ostracism, intergroup relations, face processing, and social cognition broadly. He is also the father of the coolest 11-year-old ever (he's done the research and it's been confirmed). 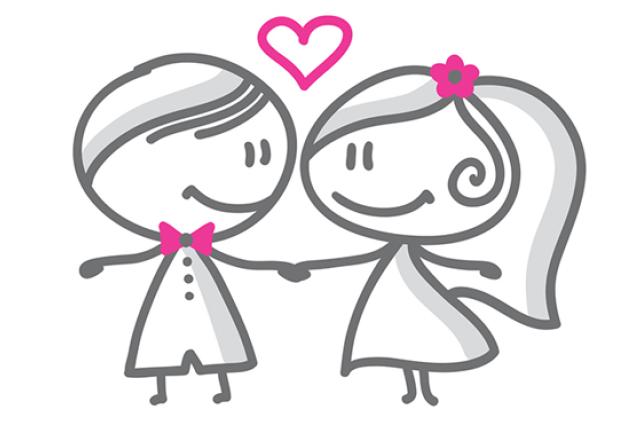 How Marriage Gets “Under the Skin” to Benefit Health