It is important to distinguishing threat from negativity in anti-Black bias.

Middle school geometry teaches us that squares are rectangles, but not all rectangles are squares. Analogously, my research makes clear that although all threatening objects—that is, those that can inflict immediate bodily harm—are negative, not all negative objects are threats. Squares have unique characteristics that distinguish them within the larger category of rectangles.

I explore the ways in which threatening objects are distinct in character, form, and consequence from other negative objects. The “good-bad” category includes many things that are not threatening. For example, human vomit, gross rotting teeth, and dead animals are bad, although none poses an immediate threat to your physical well-being. On the other hand, snarling animals, fire, and dangerous people are both negative and potentially immediately harmful. Drawing distinctions among different kinds of negative things or concepts may seem like a trivial activity. But different types of negativities stimulate distinct responses. My research focuses on the unique ways in which people react to objects and people perceived as threatening.

Human reactions to threat include a series of physical and psychological responses evolved specifically to protect the body from harm. Such responses involve both physical reactions designed to increase the chances of survival (the way a mouse might “play dead” to make the cat drop it) and also psychological processes designed to increase attention towards the present and other future possible threats. Indeed, my prior work has shown that humans more quickly locate, attend to, and respond with larger defensive behaviors to threatening objects relative to other nonthreatening-negative objects, even when those objects are invisible to the naked eye.

My most recent work applied this important distinction to explore how threat and negativity separately affect how people automatically process Black Americans. Most work on prejudice supposes that anti-Black bias is the result of negative attitudes and that diminishing this unfavorable attitude would reduce this type of bias. But if you recall what I said about how reactions to threatening things and people are distinct from responses to negative things and people, you may very well have guessed that quick, reflexive, and automatic reactions to Black Americans could be driven by threat, general negativity, or both, depending on whether Black is associated with physical threat (like violence, criminality).

If indeed Black is associated with threat, and not just with negativity, encountering a Black American might activate all of those threat processes I talked about earlier. This is exactly what I argue in my recent theorizing, where I suggest that instead of dislike, much of anti-Black bias might be driven by an initial automatic association between “Black” and threat. Considering the unique roles that threat and general negativity play may help us understand the roots of certain types of anti-Black bias.

What Are Black Versus White Men Associated With?

I began exploring this idea in a series of studies testing whether people automatically associate Black and White men with threat, negativity, or both. I found that people:

It was very clear that people automatically link Black men to threat, and that a Black-threat link is stronger than a Black-negative link. To be clear, I am not suggesting that people lack negative (or positive) stereotypes of Black men or that all implicit bias is threat based. Instead, I suggest that people’s quick and automatic evaluation of Black men may be that they pose a threat.

Recent events have made clear that perceiving a threat can often have deadly consequences. These disastrous outcomes highlight why it is particularly important to understand how racial links to threat impact biased behaviors. If threat-based prejudices have unique impacts on behavior, Black Americans may disproportionally suffer from the pervasiveness of a socially reinforced Black-dangerous stereotype.

Consider, for example, a police officer’s dilemma—shoot or don’t shoot—where  the existence of a threat link could yield split-second outcomes different from those of a negativity link. If threat is fundamental to much anti-Black bias, reducing threat may be the key to combating the often-awful outcomes. Effective and persistent prejudice reduction may not result simply from altering the Black-negative association by making it more “good.” Instead, I suggest that interventions need to directly target the threat link for if threat has a primary or unique role, addressing that link is essential for any lasting change. 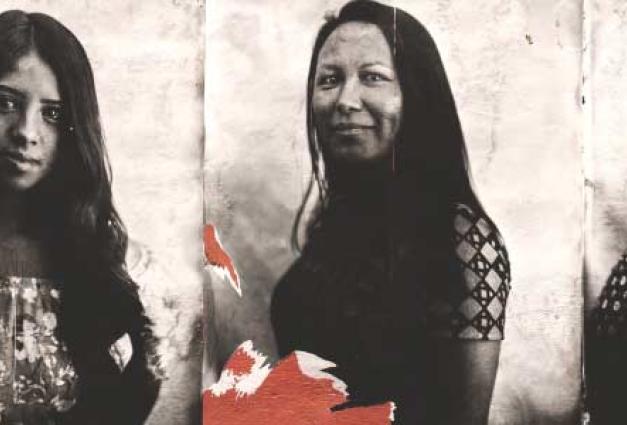 Immigration and the Historical Roots of Tolerance

BY Ilan Shrira
Attitudes toward outsiders in a country can be traced to a melting-pot history of immigration.
Character & Context Blog