Put Down Your Smartphone and Ask In-Person

You often make requests of friends and colleagues to get help, information, advice, or feedback. When approaching others with a request, the goal is typically to receive needed help, which means you want the other person to say "yes." Have you ever thought about which medium (face-to-face, phone, or email) maximizes the chance of receiving what you're asking for or getting that "yes"?

Using the Smartphone is Less Effective

It is very hard to find someone with no smartphone these days. Just like all other technologies, it comes with pros and cons. Smartphones have made life easier in many ways but one (out of many) problems they have created is the reduction of influence and persuasiveness when making requests of others. Even scarier is the fact that it's hard to see how much the smartphone can reduce one's influence and persuasiveness. It's so easy to just pick up your phone, which you always have on you, to ask for things. But in fact that is less effective than talking face-to-face.

In four studies, Vanessa Bohns and I found that an in-person request is by far more effective than any kind of request that is communicated through a technology-enabled channel (video call, audio call, video message, or audio message). In case you're wondering, in an earlier study we also found that an email request is way less persuasive compared to an in-person request. At the same time, requesters did not recognize how much less persuasive they are when they use the technology.

In the first study, 144 undergraduate students used either video call, video message, phone, or voice message to ask five friends to proofread a short passage for them—or they made the request in person. Before approaching friends, they predicted how many of those five would comply. Participants predicted the same persuasiveness for in-person, video call, and video message requests. They also predicted little difference between in-person and audio channels, compared to the actual differences observed between in-person and those channels. The only channel that was actually and hugely more persuasive than all others was in-person. The average actual compliance rate for each channel was 80% for in-person, compared to 57% for video call, 43% for video message, 44% for phone, and 49% for voice message. Requesters consistently overestimated their persuasiveness when communicating through technology-enabled channels.

In our second study, 298 requesters asked the same favor from five friends either via email, video call, or audio call. Again, they overestimated the persuasiveness of all three channels but more so for email. Although they accurately realized email is less persuasive than video and audio calls, they did not fully recognize the difference. Here are the actual compliance rates for each channel; email 29%, phone 59%, video call 51%.

Receiving required help, information, and advice is important to personal and professional success, hence, you'll want to be as persuasive as possible in your requests. We showed that, at least for the task we studied, in-person requests are the most persuasive way of communicating with others. However, if meeting someone in-person is too costly or simply infeasible, then richer channels are more helpful than email.

Mahdi Roghanizad is an Assistant Professor of Organizational Behavior at Toronto Metropolitan University (formerly Ryerson). His main research interest lies in the intersection of social psychology and computer-mediated communication. He is particularly interested in the effect of mediated communication on communicants' social behavior and predictions. 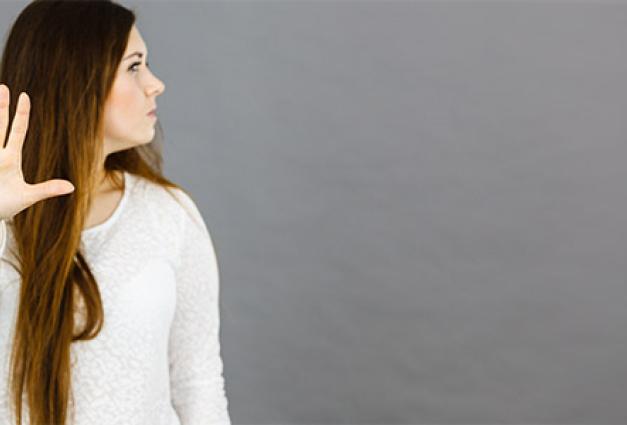 You Can’t Tell Me What to Do! Or Maybe You Can

BY Benjamin D. Rosenberg
People generally do not like being told what to do, but that might change when they feel uncertain about themselves or the world around them.
Character & Context Blog