Is Hugging Someone a Chore?

Most of us like being hugged or cuddled. When we're feeling down, another's embrace offers comfort and when we're feeling up, it escalates our joy. But what about the other person who's touching us? Is their act incumbent and simply born out of kindness or does it make them feel good also?

Traditionally, friendly touching in the context of social interactions was seen as an evolutionary remnant related to body hygiene and considered of secondary importance relative to the touching we do when interacting with the physical world. However, early discoveries of a relationship between affectionate touch on the one hand and the blossoming of children or the recovery of patients, on the other hand, have revised such notions. What's more, results like this have prompted an inquiry into how gentle physical contact shapes the biological and psychological processes that support mental and physical well-being.

While this inquiry has delivered many findings, one of the most exciting ones has been the discovery of a special sensory nerve fiber that seems particularly "interested" in human touch. Touch that activates this fiber is best characterized as gentle caress and feels more pleasant than other touch. Although research continues, what scientists believe so far is that this human touch fiber (its scientific name is C-tactile afferent) could be the key to how physical contact produces positive feelings, reduces stress, and enables individuals, of all shapes and sizes, to thrive.

The Need to Touch

One fun fact is that the special human touch fiber exists only in hairy skin, meaning it is absent from the palms of the hands, which we usually use for touching. Perhaps because of this, or because the field started off exploring the role of touch in human development and health care, it has focused on what touch does to a recipient. Touch's role for those who give the touch has been largely ignored, and if considered at all has been likened to a chore or something we do for potential non-tactile pay-offs.

Flying in the face of this is that touching comes so naturally, and is often like an urge even in situations where there is no obvious need to comfort or cheer another. When interacting with a child, friend, or pet it simply feels good to reach out and stroke, poke, or ruffle. Indeed, during the COVID-19 pandemic, the adoption of cats and dogs, who arguably cannot return the petting they receive, has increased dramatically, possibly because people were deprived of their typical human touch interactions and in need of a substitute. Thus, one may ask whether, like touch receiving, touch giving confers direct, tactile pay-offs and to what extent receiving and giving preferences may align to mutually benefit the touching individuals.

Together with students and colleagues in Germany and Hong Kong, we tackled this question by surveying young men and women in these two locations. Each individual completed two online surveys—one in the role of giving and one in the role of receiving touch. In both surveys, individuals described a typical situation that prompted tickling, stroking, or, for example, hugging; named the kind of persons with whom such touching felt comfortable; and painted on a body outline where touch comfort would be greatest.

The Touch Giver Benefits Too

The survey results showed that touch giving and receiving occur mostly in positive situations and that associated positive feelings were, perhaps surprisingly, even stronger for those who give than those who receive. Indeed, typical words offered were affection, love, joy, and fun. Also, irrespective of an individual's role in touch, comfort was reported as greater with closely bonded than with distantly bonded or unfamiliar individuals. Likewise, where on the body touch feels comfortable was similar for giving and receiving. In general the shoulders, upper back, and arms emerged as prime comfort zones and this was true irrespective of a person's sex or culture.

Thus, we speculate that there is a natural correspondence between touchers and touchees, which prompts both to engage in a behavior that is mutually pleasant and beneficial.

Annett Schirmer is a Full Professor at Innsbruck University in Austria. She studies emotions in human social interactions using a range of behavioral, psychophysiological, and brain measures. 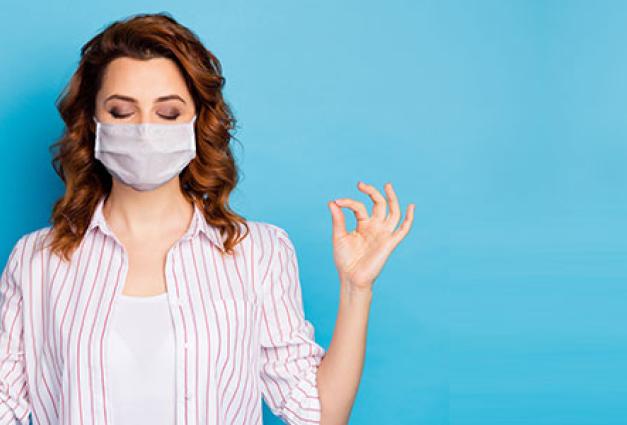 Beyond Social Distancing: Six Psychological Ways to Defend Yourself against COVID-19

BY Brett Pelham
We all have some control over the human body’s natural defense against COVID-19. It’s the immune system. Use it.