Why Does Joe Biden Touch People So Much and Why Do We Care?

Former Vice President Joe Biden has always been a physically affectionate man, but recently that touching has become controversial.  We turn to experts in social and personality psychology to help us understand what is going on.

Our experts suggested that at least seven different psychological processes may be at play:

1.  Touch signals caring and support: The role of the need to belong

Supportive touch is a vitally important component of human social life. Dr. James Coan of the University of Virginia argues that we need it, much as we need material sustenance. The fact is, we’re all vulnerable, and touch from someone we love, or at least from someone we trust, helps us to feel less so.

In fact, because touch is relatively intimate, it signals a relational step or two beyond “stranger,” beyond just “hello,” and that can mean that we are literally less vulnerable.  It can mean that someone likes us and might be an ally or otherwise provide help if anything bad happens. And so we relax a little bit.  So when Joe Biden touches someone, he may just want to give them that feeling that someone is concerned, they are understood, and they are safe.

The problem is that people differ dramatically in how comfortable they are with touch – any touch, from anyone, let alone relative strangers. So even though Biden may mean his touching in the best way, it may backfire and have the opposite effects on some people.

2.  Empathizing with others may lead to more physical contact: The role of empathy

It is clear that Biden is a person who touches other people -- both men and women -- more than most.  Why is that?  According to Dr. Michael Poulin of SUNY Buffalo, it might be his level of empathy -- he feels emotional for other people.  By all accounts, Joe Biden is a very empathic person, known for being extremely moved by others' stories.

Research on empathy has shown that experiencing empathy for another person can lead people to ignore social norms about social contact.  It's possible that Biden's empathy, similarly, tends to make him overlook social norms about, say, personal space.  In other words, Biden may touch people more because he feels empathy for them.

3.  People are bad at knowing when they make others uncomfortable: The role of awareness

Whatever his reasons for touching others, Biden seemed surprised to learn that some people were upset by his touches.  Why? According to Dr. Vanessa Bohns of Cornell University, people are often oblivious of the extent to which they make other people uncomfortable. People who are trying to be affectionate or romantic often fail to adequately take the other person’s perspective into account and therefore underestimate how uncomfortable the other person feels.

It seems like something similar could be going on with Joe Biden. For example, according to the New York Times, Lucy Flores, one of the women who reported being disturbed by Biden’s touching, “found it hard to believe that Mr. Biden could not have been aware of how he made her and other women feel, saying there was ‘a little bit of a disconnect.’” Dr. Bohn’s research suggests that maybe this isn’t so hard to believe. Most of us are unaware of how often we make others uncomfortable.

4.  People high in self-esteem assume other people want their affection: The role of self-esteem

Another reason Joe Biden may not realize that other people don’t always want to be touched is because he is has high self-esteem.  Dr. Veronica Lamarche of the University of Essex points out that people with high self-esteem - a quality Joe Biden seems to have - tend to expect that others will be responsive to their wants and needs.  They like themselves, so they assume other people like them too!

Where unwanted touching is concerned, this means people with high self-esteem are not only more likely to see interest where it doesn't exist, but they're also more likely to believe how they feel about the situation matches how the other person feels as well. Thus, it is possible that Joe Biden’s high self-esteem leads him to assume that other people are as comfortable with touching as he is.

5.  Powerful people who want to be loved are especially likely to sexually harass women: The role of fear of negative evaluation

Of course, it is possible that not all of Biden’s motivations for touching people, and particularly women, are completely innocent.  According to Dr. Kimberly Rios from Ohio University, her research suggests that men who are in powerful positions but fear that others may think poorly of them are especially prone to sexually harass female subordinates.

If Joe Biden feels insecure about any aspect of his power -- for example, he may be apprehensive about whether he really has a chance to win the 2020 Presidential election or feel insecure about being vice president as opposed to president -- that could partially explain his propensity to touch women in ways that felt inappropriate to them.  Powerful men who worry about others liking them more likely to behave in this way.

6.  People in power might not notice that the norms have changed: The role of power and social norms

Biden may also not have noticed that his behavior is not appropriate because he may not have noticed how other people act with respect to touching.  Most of us learn how to behave by watching the people around us.  For example, we might notice that everyone gets quiet in a theatre and take that as a cue that it is time to stop talking.

Dr. Cami Johnson of San Jose State University has conducted research suggesting that people in power don’t use information about how other people behave the same way as those who are low or average in power do.  To put it simply, people in power tend to ignore the information they get from other people’s behavior.  Because Joe Biden has been high in power for a long time, he may not notice or think about how others are behaving differently in this #MeToo era.

7. Shifting power structures in our society make men more likely to want to assert their power: The role of changes in power on men

Ironically, for some men, living in a time in which sexism is decreasing may actually lead them to be more likely to behave in ways that are seen as inappropriate.  Dr. Sarah Gaither of Duke University points out that when people are in a higher status position, like being a man in a male-dominated society, they often want to maintain the status quo.  Men who feel that their masculinity or power is being threatened by shifting power structures may respond to that threat by displaying dominance (for example, by touching others) to assert their status.

8. Shifting power structures in society make women more likely to report things that make them uncomfortable: The role of changes in power on women

Dr. Paul Eastwick of the University of California at Davis points out that Biden’s argument that “social norms are changing” does not explain why women are speaking out now about his touching but not before.  Biden’s statement implies that the touching was ok then but not ok now.

However, because many of these women experienced touching that made them uncomfortable years ago, it wasn’t the shifting norms against touching women that are important but instead the shifting norms about speaking out about their discomfort.  The recent changes in discussions and awareness surrounding the #MeToo movement have empowered some women to speak up against men who are in positions of power. The social norms that have affected this shift are not so much about touching but about voicing discomfort.

Touching women without their consent and sniffing their hair may feel like microaggressions to some women.  A microaggression is a brief and common indignity that happens to people in lower power groups.  These little things don’t seem like a big deal, but research suggests that their effects add up over time and add stress to life.

Dr. Sean Laurent of the University of Illinois Urbana-Champaign points out that microaggressions can have harmful effects even when the perpetrator did not intend to cause harm.  Thus, the issue isn’t so much whether Joe Biden meant to disturb or offend the women he touched -- the outcome of them feeling uncomfortable would be what mattered.  Dr. Laurent’s research suggests that these behaviors will seem worse to people if they assume that the perpetrator should have known that the behavior was unacceptable.  Thus, people may be upset about Biden’s behavior because they know it bothered women and they think he should have been aware of that.

Putting it all together

So how can we explain why Joe Biden touches people and why it is of such interest to us?  It turns out that there are many reasons.  Although we can’t be sure why Biden touches people, we do know some reasons why people tend to touch other people.  We touch others because it can show them that they are cared for, loved, and understood.  Similarly, the more we empathize with others the more likely we are to touch them.  Research suggests that we are bad at knowing when we are making others uncomfortable.  Thus, we may touch people without realizing that they are bothered by it. This is particularly likely to happen with high self-esteem people who assume that other people like them and enjoy their affection.

On a less charitable note, research suggests that high power people who are unsure about themselves are more likely to sexually harass others.  High power people are also less likely to notice that norms about behavior have changed because they don’t use other people’s behavior as a guide. The fact that norms are changing may make some people want to assert their power, and they may assert their dominance by touching women even more.  Conversely, the shifts in power may make women more likely to speak out about touching that bothers them.

Finally, because unwanted touching is a microaggression, it may make women angry to see a public figure touching other women because they know it bothers some women and they feel like he should be aware of this.  In summary, although we can’t be certain of any of the motivations in this particular situation, social and personality psychology have a lot to teach us about unwanted social touching,  when and why it  happens, and why people react to it as they do. 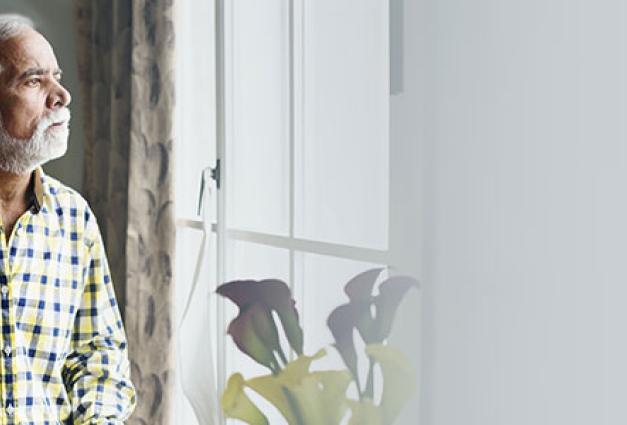 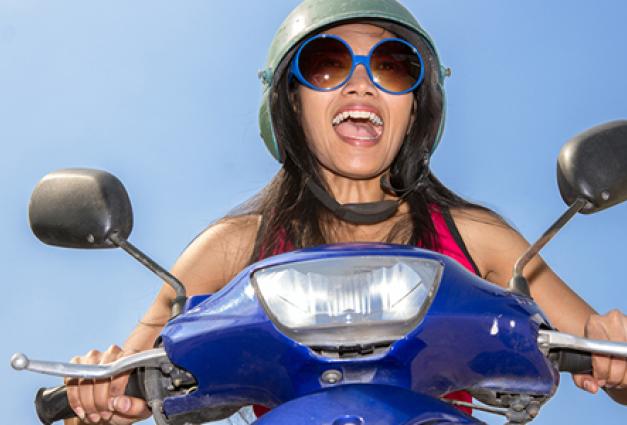