Psychology in the Theater with PSPR Editor Jonathan Adler

Serving as editor for one of SPSP's affiliated journals is a big job, but our editors find time to pursue a variety of other interests. Jonathan Adler, editor of Personality and Social Psychology Review (PSPR) co-wrote a play that premiered off-Broadway this summer.

Given Adler's perspective as a personality psychologist, the play drew on many topics relevant to SPSP members, including identity development, prejudice and stigma, health behavior, and many more. 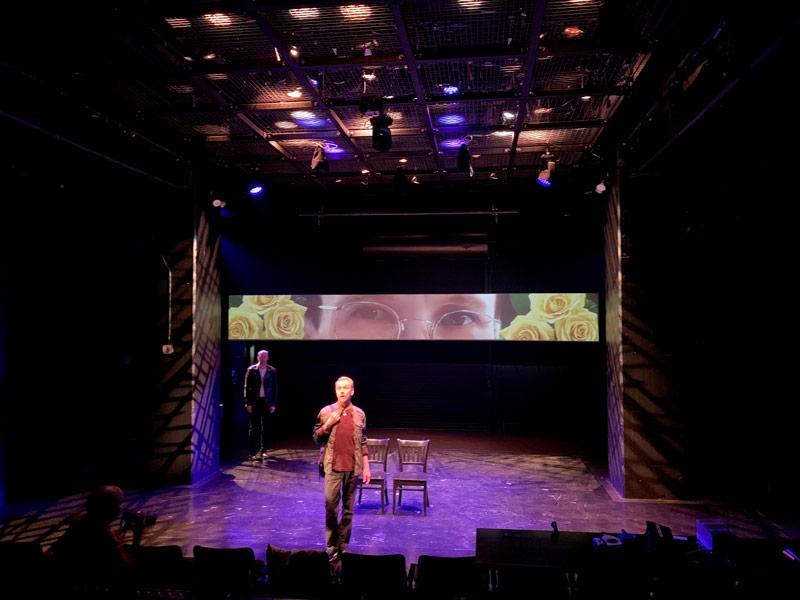 A production still from Reverse Transcription, a play co-written by Personality and Social Psychology Review Jonathan Adler. The play examines parallels between the experiences of gay men during two pandemics: AIDS and COVID-19.

SPSP saw this as a unique opportunity to expose students to a different perspective on their work and sponsored more than 50 students to attend the production for free. SPSP also sponsored a Talk Back following one of the performances, featuring Adler, the play's director Jim Petosa, and Perry Halkitis, the Dean of the Rutgers School of Public Health, a psychologist who studies response to infectious diseases, including AIDS, COVID-19, and now Monkeypox.

SPSP interviewed Adler about his work on the play and the role of storytelling in psychology:

Could you tell us a little about your background in theater?

Sure! I have been doing theater since I was a kid. For many years I was an anxious, overwhelmed actor. Then, at the end of high school I was able to try out directing, which was a much better fit for me. I directed plays throughout college and graduate school. Olin College of Engineering, where I have worked since grad school, is very interested in interdisciplinary integration and I have been incredibly fortunate to get to incorporate theater into my job. I have directed a bunch of plays at Olin and I co-developed a team-taught course with a close friend and colleague called "Constructing and Performing the Self." The course intertwines the psychological science of identity development with the theater of solo performance and results in a fully-staged production. (You can see some examples of our students' work here.) So, I've remained very engaged in theater, though I truly never imagined making the leap from educational contexts to the professional theater world.

Tell us a little about the development of Reverse Transcription.

I'm part of a team at Olin that received a grant from the Mellon Foundation aimed at innovative integration of arts and STEM. One wing of that grant was an experiment wherein we gave faculty and staff the opportunity to pair with local artists to see if they might come up with something meaningful. I used the opportunity to reach out to Jim Petosa, who had been Chair of Theater Department at Boston University for 17 years, and whose work I had seen quite often and respected deeply. It was a totally cold email—we had never met!—but Jim was intrigued and we started collaborating in the summer of 2019. At the time we were working on a play that tried to elevate lesser-known narratives of the AIDS epidemic in the United States in the 1980s and 1990s that spoke to today. Then, once COVID happened, the "today" we were trying to speak to changed dramatically. COVID was an existential crisis for the theater world, but when things started reopening Jim and I decided to start from scratch. And it seemed that the best thing we could do was to juxtapose AIDS with COVID to see what resonances might help us through today.

What was your inspiration for the title of the play?

Oh, sure. We chose the title because of its dual meaning. "Reverse transcription" is the biological process by which DNA is made from RNA. When it comes to viruses, this is how they get their genetic code into our host cells. So, there's a biological meaning that applies to HIV and to SARS-CoV-2, which are both RNA viruses. But we thought this scientific term also applied to the central task of writing and performing our play: looking backward (in reverse) to write down the stories of people we lost (to "transcribe" them). Drawing on my years of experience conducting interviews for narrative identity research, we based our script on a bunch of interviews I did with people whose lives were intertwined with the AIDS epidemic in the United States in the 80s and 90s and also with gay men today about their experiences navigating sex and relationships in the context of COVID. Those interviews were quite literally transcribed and many of the folks who I interviewed words and phrases and even stories ended up in the script.

Did you aim to explore psychological issues as you were writing the play or did you revisit the piece with this perspective after it was finished?

Honestly, for me there is no separating psychological issues and theater. I'm a narrative identity researcher and one of the founders of our field, Jerome Bruner, wrote that stories are fundamentally about "human or human-like intention and action and the vicissitudes that mark their course." Like all stories, all plays feature characters trying to do something, so there are always psychological topics to explore. That being said, Jim and I were quite explicitly interested in writing a play that would feel socially relevant. We are both gay men of different generations and we both felt drawn to excavating lost lessons of the AIDS epidemic in the United States as we navigate COVID. I am a huge fan of research by scholars like Nic Weststrate and Perry Halkitis, both of whom examine intergenerational connections between gay men, and it felt very meaningful to elevate these ideas in our work.

Would you say that the psychological dimension of the HIV/AIDS pandemic shares any similarities with those we have seen amid COVID-19?

In our note in the playbill Jim and I quoted the common maxim that "history does not repeat itself, but it often rhymes." While the two pandemics are each best understood contextualized in their unique moments in history, the resonances between them are so striking. From an historical perspective, we had rapidly rising death rates (especially among minoritized communities), a president responding with ideology instead of reason, and even Anthony Fauci as the face of science. From a biological perspective, the two viruses share some interesting parallels, which we made metaphoric use of in the play (thanks to the help of a virologist colleague of mine!), and I've read this will likely catalyze work on HIV vaccines. There are resonances from a psychological perspective as well, but what strikes me the most, honestly is the ways in which the psychological lessons from AIDS didn't translate to COVID. Our play is very much about the need to come together in the face of a threat like a pandemic, which is something that really happened within the gay community in the 80s and 90s. In my perspective, one of the biggest tragedies of the COVID pandemic is that it ultimately became a force for polarization, not interdependence.

Should psychologists consider storytelling as they conduct research and communicate their findings? If so, what advice would you give them?

Ha! As a narrative researcher my first thought was "um, we are a narrative species, they don't really have a choice." And I do believe that: storytelling is the tool our species has evolved for navigating our very complex social niche, and it is an efficient and effective tool. So, we're always communicating about our lives through storytelling. That being said, I do think it's worth remembering that no one learns about your work until you communicate it, so learning to communicate well is a vital skill in science. I always say that my theater training was one of the most important aspects of my preparation for a career in academia. I learned how to think about who your audience is and how they will meet a certain story. I think psychologists would benefit from deep training in the arts and humanities for many, many reasons, but this is among them.

Many psychology students attended this production. What would you like them to take away from Reverse Transcription?

Yes, I was thrilled that so many students were able to see the production—thank you, SPSP, for making that possible! I guess I have three takeaways for students: First, I hope our message about the need to come together in the face of adversity resonates. One of my favorite lines in the script is: "We can be different and be in this together, right? We can find ourselves in fellowship, not just through the fun house mirror that refracts us down to a singularity. Being unique and special and different is lonely. Fellowship takes real courage." I think there's so much emphasis these days on the ways in which we each have unique authority over our lived experiences. As a narrative identity researcher (and as one who has published case studies!) I certainly believe in the distinctiveness of each individual life, but I also believe that we lose something when we forget what unites us. Second, I hope students who saw the play remember that no story can represent all stories. Our play was very much focused on the lives of a small group of gay men from two generations. While I believe there are lessons that transcend these characters, the play doesn't aspire to tell all stories about all queer people. We have to welcome fiction as a portal into a very specific world, not one that is supposed to represent all people. I think that specificity is part of the power of fiction. And third, I hope that students will see that being an academic psychologist doesn't mean you have to only focus on academic psychology. There are so many activities worthy of our time and energy and I have always felt nourished by being engaged by multiple pursuits. 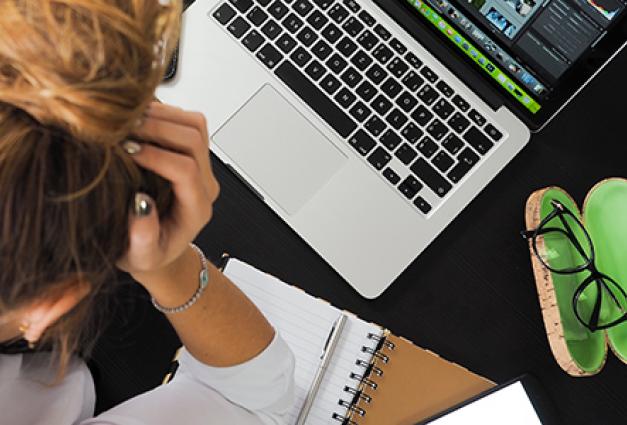 Coping with the Stress of COVID-19

BY Katie White Austin
Feeling a lot of stress lately? There are simple ways to physically, mentally, and emotionally manage stress.
Newsletter Articles 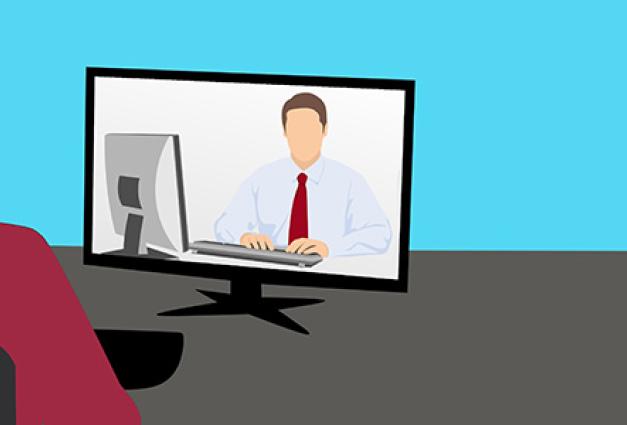 Job Searching During a Pandemic: Insights from Graduate Students

BY Katie White Austin
The COVID-19 pandemic has drastically disrupted labor markets around the world. Graduate students recently on the job market share their experiences seeking both academic and nonacademic work during the past year.
Newsletter Articles

Maintaining Close Relationships During a Pandemic