How to Give Away Your Cake and Eat It Too

Suppose that you’re attending a family dinner when your great aunt hands you the last two slices of her famed pound cake – one slice for you and one for your brother-in-law. Glancing down at the cake, you see that one piece is nearly twice the size of the other. Of course, this poses a dilemma.  Do you take the larger slice of cake for yourself and risk being seen as selfish, or do you take the smaller piece and stare in envy as your brother-in-law savors the larger slice?

Our research suggests a third option: you should offer your brother-in-law the opportunity to decide who gets each piece of cake.  He will almost certainly perceive your gesture to be courteous and will likely offer you the larger slice. This is what Alex Shaw, Eugene Caruso, and I found in our research on the benefits of asking others to choose.

Eight experiments revealed that when people must allocate unequal resources between themselves and another person, abdicating the decision – that is, allowing the other person to choose – makes people look good to others and often allows them to receive the larger or better share as well.

In another experiment, we tested whether abdicating increases the chances that other people will distribute the resources generously, often allowing abdicators to obtain the better outcome. We told visitors at a local park that they’d been randomly matched with another participant from earlier that day. Both people would receive an Amazon eGift card: one card was worth $1.00, and the other card was worth $1.50. Then we randomly assigned participants to one of two conditions. Those in the baseline condition were told they’d been assigned to decide who would receive each gift card.  Those in the abdication condition were told the other person was assigned to choose who would distribute the gift cards – and that the other person had asked the current participant to choose. Then participants in both conditions decided who would get which gift card.

When participants were told that the other person had abdicated the decision and asked them to distribute the cards, they gave away the higher-value gift card more often (69%) than participants in the baseline condition who had been assigned to decide who would receive the gift card (52%).  This occurred in part because they perceived the other person to be more generous. Asking other people to make the decision increases others’ generosity and often allows the abdicator to obtain the better of two resources.

People relish the freedom to choose their hobbies, their friendships, and their aspirations. But when people’s interests come into conflict with those of others, the freedom to choose sometimes creates a conflict between being seen as generous and kind versus getting what one wants. In these cases, choosing not to choose can offer people the reputational benefits of giving along with the material benefits of getting. Letting the other person choose may allow you to give away your cake and eat it too.

Michael Kardas is a PhD student in Behavioral Science at the University of Chicago, Booth School of Business. 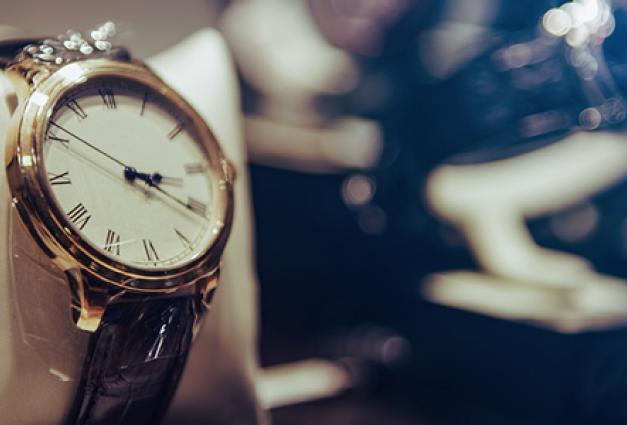 BY Christopher Cannon
Luxury brands are highly sought-after status symbols, but they may be making you less likeable and employable.
Character & Context Blog