Research suggests that affective polarization in American politics has increased more than ideological polarization in recent years. For example, political psychologists Nathan Kalmoe and Lilliana Mason found that nearly half of the Americans they surveyed perceive the opposing political party as evil, and nearly a quarter of their 2018 sample indicated that opposing party members should be treated like non-human animals. These findings demonstrate that Americans not only ideologically disagree with those in the opposing political party but also dislike them for their views.

We examined this question by focusing on a characteristic called intellectual humility. Intellectual humility reflects the degree to which people evaluate the accuracy of their beliefs and are willing to change their beliefs when presented with compelling evidence that they are wrong. These metacognitive processes—processes that involve “thinking about how I think”—may give rise to greater respectfulness, tolerance, and open-mindedness when people are faced with disagreement. Nevertheless, people who score high on intellectual humility may still hold specific beliefs that they are unlikely or unwilling to question or revise.

We expanded on this research by using multiple measures of both intellectual humility and polarization and testing their relationship in two community samples (that is, participants were recruited from the community and were not college students or clinical patients) to see whether the results replicated across different groups of people.

Moreover, intellectual humility tended to be associated with lower ideological polarization. Compared to participants who scored low in intellectual humility, those who scored high rated themselves as less ideologically different from people in the opposing party. Our results remained significant even when taking other variables into account, including demographic characteristics, political ideology, and humility.

Our findings raise perhaps an even more important question than the one we focused on in our research: what can we do about affective polarization? To investigate this question, future research should investigate whether intellectual humility causes reduced affective polarization. If so, studying ways to increase intellectual humility may help bridge some of the partisan divisions in our society.

Shauna M. Bowes, MA, is a fourth-year graduate student in the clinical psychology doctoral program at Emory University and author of the “Don’t Believe Everything You Think” blog series on Psychology Today. Her research interests include abnormal and normal personality traits, intellectual humility, beliefs (such as political, religious, and conspiracy beliefs), and decision-making. 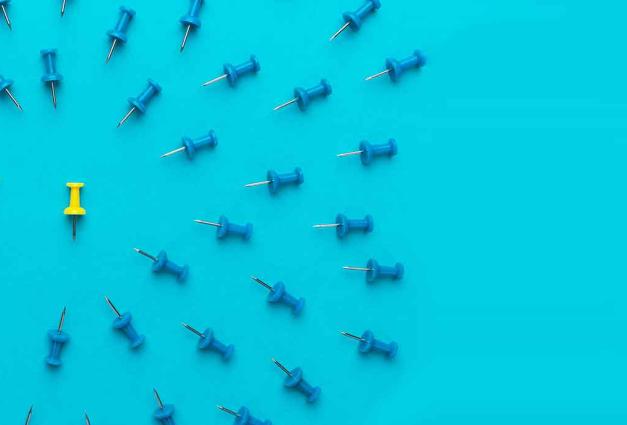 BY Alexander Landry
Two out of three American political partisans think members of the other party are less than fully human, which makes it easier to harm them.
Character & Context Blog