Paradoxical Consequences of Maximizing When Choosing the Best Friends

I recently received a Facebook invite to attend a friend’s party. Before indicating whether I would attend, I checked to see who else would be there. I also texted several other friends to find out what their plans for that evening were. I waited until the day of the event to RSVP just in case any other better options came up. In essence, I wanted to know everything there was to know about my different options for socializing for the evening before making a decision (e.g., who will actually show up, which alternative options exist, etc.). Of course, in such situations, it is impossible to know everything about all options. However, certain individuals may nevertheless try to examine all possible choices more than others.

This is called maximizing, a decision-making strategy in which people try to make a choice only after they have evaluated all alternatives and have found an option that meets their high standard. Maximizing is compared to satisficing, or selecting an option that is deemed good enough given the environmental constraints. Previous research has shown that maximizing is paradoxically associated with various negative psychological outcomes. For example, in one study of college seniors who were applying for jobs, those who maximized were less satisfied with their job offers, even though they were offered roughly $7,500 more in starting salaries. Notwithstanding this example, the research on maximizing has focused almost exclusively on consumer related domains, such as the choice one faces when selecting a particular ice cream flavor. My colleagues and I wondered whether maximizing when forming friendships would also be negatively related to well-being.

We hypothesized that individuals who maximize when selecting friends would be more likely to regret their decisions (“maybe I should have gone to the other party with cooler friends”) and this would lower their well-being. If so, the negative relationship between maximizing and well-being should be stronger when there are more options available. An increased number of choices should increase the opportunities for a maximizer to regret his or her decisions. To test these hypotheses, we conducted a series of studies recently been published in the Journal of Personality and Social Psychology.

To capture real-life friendship selection, we recruited undergraduate students who were participating in the fraternity and sorority recruitment process, commonly referred to as “rush.” Just after the rush process, we distributed questionnaires that contained an individual difference measure of maximizing in friendship selection and specific questions about their thoughts, feelings, and well-being during rush. We found that individuals who maximize in selecting friends were less satisfied with their chosen fraternity/sorority, regretted their decision more, and experienced greater levels of negative emotions during rush compared to those who satisficed. Moreover, among those who were already members of a fraternity or sorority, maximizers were more likely than satisficers to regret their previous decision and were less satisfied with their fraternity/sorority choice that they made several years ago. They were also less satisfied with their choices of new fraternity and sorority members, and they regretted these decisions more than satisficers.

Next, we used a diary study to examine daily fluctuations of maximizing in selecting friends. This technique allowed us to examine within-person relationships between maximizing and well-being, a level of analysis that is mathematically independent from between-person relationships. We found that on days when people maximized while selecting who to spend time with, people were less satisfied with their lives, experienced greater negative emotion, and reported lower levels of self-esteem on that day. These within-person relationships were mediated by daily states of regret and were moderated by the number of daily acquaintances/friends met that day. That is, when individuals met many new friends or acquaintances (i.e., when the number of choices for potential friendships was high), daily states of maximizing were more strongly negatively related to well-being than when the number of new acquaintances/friends was low.

These studies extend the work on maximizing to decisions about friendships. Although correlational, these findings imply that attempts to maximize when selecting potential friends is paradoxically detrimental to well-being.

David Newman is a Ph.D. student in social psychology at the University of Southern California. He is interested broadly in well-being with a particular emphasis on understanding between- and within-person relationships involving well-being. 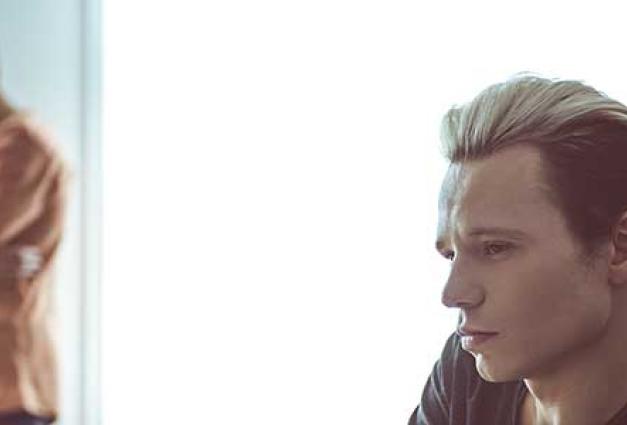 BY Edward Lemay
Although you may think that getting angry at your partner will help to change his or her behavior, anger can start a cascading spiral of hostility that damages relationships.
Character & Context Blog