The Psychological and Social Importance of Postures During Worship

Imagine that someone asks you to do a short prayer or meditation. What would you do? How would you position your body?

When praying or meditating, most people adopt a conventional worship pose and do not stand on their heads or balance on one leg. Across all religions, people generally pray or meditate by standing, sitting, kneeling, or prostrating, often raising their hands or lowering their heads. These common postures fall into three main groups involving bowing or kneeling, reaching up, or neutral resting positions. But, given all the ways that human beings can position their bodies, why do people’s positions when praying or meditating fall into only three main types of postures?

Based on theories and research about how the body and mind influence each other, Van Cappellen concluded that bodily positions relate to people’s religious and spiritual practices in five ways.

Rituals include not only what people say and do during worship but also their body positions and physical movements.  This is why religions clearly specify the positions and movements that people should use during rituals, whether performed alone or in public settings.  For example, Catholics are instructed to kneel at specific times during the mass. Muslims pray five times a day and follow a set sequence of poses. Theravada Buddhists meditate by kneeling with their palms together, pointing their fingers up and raising and lowering their head and body so their forearms touch the ground. Hindus pray while doing something as normal as walking. Circumambulation, or walking around statues of deities, is a common part of Hindu puja, symbolizing movement through different stages of life. So, the various positions people use during prayer and meditation aren’t arbitrary. They hold particular meanings and potentially elicit valued emotions and thoughts.

Prayer is a form of communication with God, and people communicate with more than just their words. Body postures serve as an important way to communicate nonverbally with God or other higher power. Choosing to kneel during worship demonstrates an attitude of humility, whereas lifting one’s hands signals praise.

People often pray or meditate with others. Performing the same behaviors during worship as other people builds communities and creates a sense of unity, common identity, and cooperation within a religious group. Praying or meditating with other people is a visible sign that you are committed to the values, beliefs, and principles of your religion. Physical actions of worship also help identify who is not part of the religious group. People assume that those who don’t use the same body postures when they worship are not part of their group.

Our body positions not only signal to other people how we feel but can also change how we feel internally. So, so people’s positions and movements while they pray and worship can influence how they feel. Research shows that when people adopt expansive and upward poses, they experience more positive emotions. In one study, Muslims who prayed when lying face-down (the prostrating phase) showed spikes in alpha waves in the parietal and occipital regions of the brain. These regions are activated in meditative states and are linked to relaxation while praying. In another study, participants who watched a performance while standing felt emotionally closer to the performers than those who watched while sitting down.  Religions adopt specific postures to promote valued emotions.

Movements and postures during rituals also help people understand abstract relious ideas by making them more concrete. Doing related actions can also help worshippers memorize what is being said. For example, kneeling can facilitate memory of the importance of humility. So, doing a ritual helps people understand and remember abstract notions.

Participating in religious and spiritual practices is related to a variety of mental and physical health benefits. Typically, researchers explain these benefits by the reassuring  beliefs and social support associated with religious practices. Yet, the bodily aspects of religion can also affect people’s thoughts and feelings in ways that are beneficial.  Considering how frequently many people adopt specific postures in meditation, prayer, and worship, the effects of these positions on people’s psychological states may  explain some of the psychological benefits of religion and spirituality.

In conclusion, the postures and gestures people use in religious and spiritual practices are much more than simply ornamental. Postures and gestures have been selected by religions over time to promote the kinds of individual and collective feelings and attitudes that religions value. And that is probably why people don’t stand on their heads to pray!

Van Cappellen, P. & Edwards, M. E. (in press). The embodiment of worship: Relations among postural, psychological, and physiological aspects of religious practice. Journal for the Cognitive Science of Religion.

Patty Van Cappellen directs the Belief, Affect, and Behavior Lab at Duke University. Her research examines the psychology of religious and spiritual beliefs and practices: their affective and motivational determinants as well as their psycho-social consequences among followers.

Sheridan Wilbur is working on her M.A in Liberal Studies at Duke University, studying journalism and philosophy. 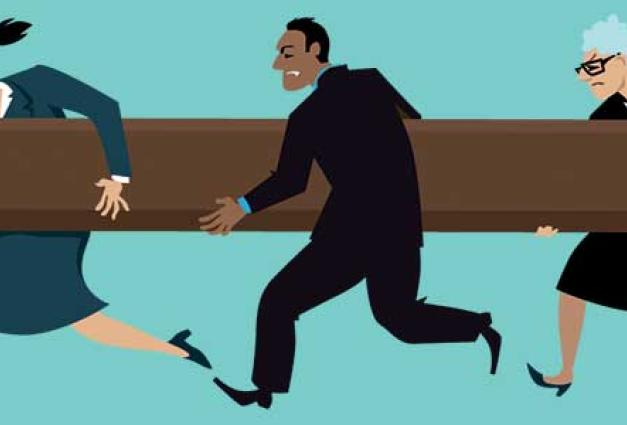 The Negative Spiral of Religious Intolerance

BY Jonathan E. Cook and Michael H. Pasek
Experiencing threats based on one’s religion is associated with greater animosity toward other groups.
Character & Context Blog 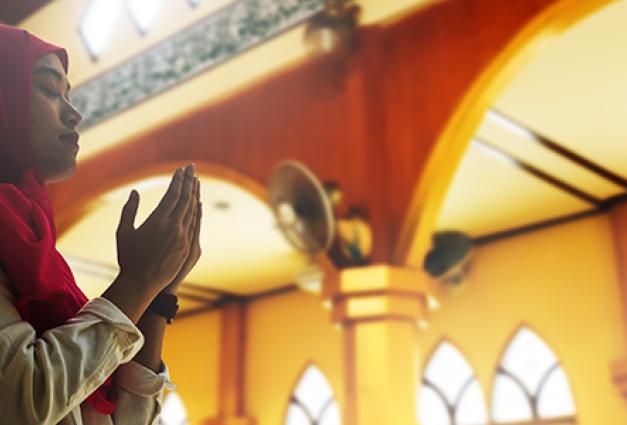 The Psychological and Social Importance of Postures During Worship