This sentence begins the best article you will ever read.

Chances are you thought that last statement might be sarcasm. Sarcasm, as linguist Robert Gibbs noted, includes “words used to express something other than and especially the opposite of the literal meaning of a sentence.” A form of irony, it also tends to be directed toward a specific individual.

However, it’s not always easy to figure out if a writer is being sarcastic – particularly as we march ahead in a digital age that has transformed the way we communicate, with texting, emailing and online commentary replacing face-to-face chats or phone conversations.

In writing, the signal of sarcasm can be muddied. For example, say you’re texting with a friend about meeting at the movies:

Friend: I’m waiting at the front. Movie starts in 5.

Friend: I’m glad you were watching the clock today.

Was the friend being sarcastic or sincere? The later you are, the more upset they’ll likely be, and the higher the probability their response is a sarcastic jab. But if your friend knows you’re usually much later, they could be sincere.

So there’s one thing to look for: How well does the attitude the writer is conveying agree with the situation and the person?

Nonetheless, the struggle to interpret written sarcasm is real.

Studies have shown that people realize that they have a tough time interpreting sarcasm in writing. Studying the use of email, researchers found writers who think they’re being obviously sarcastic still confuse readers.

Sarcasm thrives in ambiguous situations – and that’s the main issue.

When delivered in person, sarcasm tends to assume a cutting, bitter tone. But written messages don’t always get that attitude across or give you much else to go on. We still need more information.

Signals that go missing in texts

Studies have examined the use of sarcasm in a variety of everyday situations, whether it’s at work to give criticism or praise, or in situations where social norms get violated. (Be on time to movies, people!)

The problem is that a lot of previous studies of sarcasm have been done on spoken sarcasm, which tends to give listeners cues.

When you have a conversation with someone face-to-face (or FaceTime-to-FaceTime) and they say something sarcastic, you’ll see their facial expression, and they may look slightly bemused or tense. Equally or more helpful, the tone of their voice will likely change, too – they may sound more intense or draw out certain phrases.

You’ll also be firmly grounded in the real-time context of the situation, so when they say, “Man, nice job ironing your clothes,” you can look down – and see your wrinkled shirt.

All of these cues have been researched, and we know enough about them that we have the ability to artificially make a sincerely spoken statement sound sarcastic.

And yet when we text, a lot of that information goes missing.

There are no facial cues, no vocal tones and maybe even a delayed response if a person can’t text you back immediately. And if you don’t know the person all that well, there goes your last potential cue: history.

Emojis to the rescue?

So after what you thought was an unexceptional first date – exactly how do you interpret the following flurry of texts?

Was the date really that good? Did they really seem like they had that much fun? Or are they just a jerk lamenting the wasted time? All valid questions. And the recipient could come to a lot of conclusions.

Fear not. The digital age has developed some ways to mitigate some of the tortuous ambiguity. You can probably include an emoji to make it clearer to a reader something was meant sarcastically.

Ambiguity reduced, and facial expression taken care of. Probably not headed for date #2.

If we’re talking about email, we also have modifications that that can be made to text. We can italicize or bold words to change the way that a reader interprets the message.

Lastly, social media platforms like Twitter have given writers even more tools to allow people to communicate their intent. A study that included sarcastic tweets found that tweeters who include the hashtag #sarcasm tend to use more interjections (wow!) and positive wording for negative situations in their sarcastic tweets.

Algorithms have actually been built to determine the presence of sarcasm and rudeness in tweets, user reviews and online conversations. The formulas were able to identify language that’s outright rude pretty easily. But in order to correctly detect sarcasm, researchers found that algorithms need both linguistic (language) and semantic (meaning) information built in.

In other words, sarcasm’s subtlety means that the algorithms require more specification in their coding – unless you #sarcasm, of course.

With so many options to choose from, it’s time to make sure that text you send at 2:30 a.m. really gets your point across. 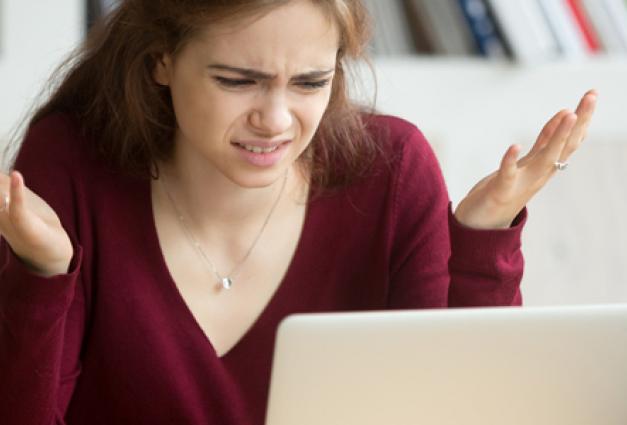