Mindfulness Meditation Can Impair How People Treat Others

Mindfulness meditation reduces stress and helps you cultivate non-judgmental awareness of the present moment, often by directing attention to the physical sensations of breathing. While initially inspired by Buddhism, a secularized form of mindfulness is now popular throughout the world. More than 100 million people have downloaded the Calm smartphone app, which has been valued at $2 billion. In 2018, 52% of the 163 companies surveyed by the US National Business Group on Health (NBGH) and Fidelity Investments had provided mindfulness training to their employees in the previous year.

The Two Sides of Reducing Guilt

Guilt arises when people have violated their own moral standards in a way that harmed others. Feeling guilty typically leads to efforts to make amends for the harm one has caused. So what happens if people meditate when they feel guilty? Does mindfulness still make people more generous when guilt is what would have motivated their generosity?

With my colleagues Matthew LaPalme and Isabelle Solal, I sought to investigate these questions with more than 1,400 people in the United States and Portugal.

In our first study, we found that mindfulness does reduce feelings of guilt. People wrote about a past situation that made them feel guilty or, as a non-guilty comparison, they wrote about their previous day. Then they listened to an eight-minute guided mindfulness meditation that instructed them to focus on the physical sensations of breathing or an eight-minute control condition recording in which they were instructed to let their minds wander.

We then moved to the question of whether mindfulness meditation would influence people's urge to make amends. In two experiments all participants were asked to recall and write about a time they wronged someone and felt guilty, before either meditating or not. After that, they were asked to divide up a hypothetical $100 between a birthday gift for the person they had wronged, a charity for African flood victims, and themselves.

Those who had meditated allocated approximately 17 percent less money to the person they had wronged compared to those who had not meditated, with most of the savings going into their own pockets. The explanation behind these allocation differences was reduced guilt. Thus, it is indeed true that mindfulness meditation can reduce the tendency to make amends for harming others.

Here are a few things we can suggest  for daily life:

Andrew C. Hafenbrack is a faculty member in the Management & Organization Area at the Foster School of Business at the University of Washington in Seattle. His website is www.andyhafenbrack.com and a TED-like talk on his mindfulness research program can be viewed here: https://youtu.be/S5ddLeEVfvY

BY Rachael D. Goodwin
What would you do if you saw someone being harassed?
Character & Context Blog 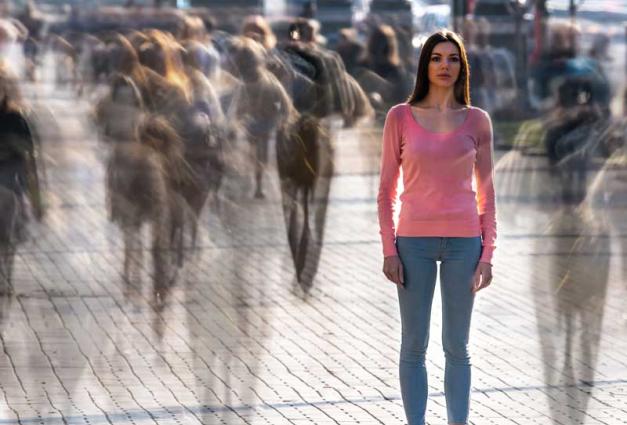 Mindfulness Meditation Can Impair How People Treat Others

BY Andrew C. Hafenbrack
By reducing guilt, your relationships might be hurt.
Character & Context Blog