Through the assistance of a Community Catalyst Grant, SPSP members Ivy Onyeader and Evelyn Carter developed the BlaSPR retreat to help foster community among Black graduate students and postdocs studying social and personality psychology. During BlaSPR's second meeting after SPSP 2019 in Portland, attendees Morgan Jerald, Kelci Harris, and Angela Bell teamed up for a writing/accountability group. The three continued to meet regularly after the convention, and discussed the need for further programming and mentorship around the retention of pre-tenure faculty of color in the academic pipeline. From those conversations, Flourish was conceived.

Though born out of BlaSPR, Morgan, Kelci, and Angela were keen to have Flourish be an expanded space for all underrepresented faculty of color. They applied for and were awarded a Community Catalyst Grant in 2019—and along with the help of a Diversity Initiative Grant from Lafayette College—planned their first meetup after the 2020 SPSP Convention in New Orleans. The 13 attendees represented a diverse group of tenure-track professors at different levels of their career from a variety of institutions, ranging from regional liberal arts colleges to R1 universities.

The day-and-a-half retreat took place in a casual meeting space at a boutique hotel in New Orleans. The event's distinguished guest, Simine Vazire, joined the group for lunch and shared her experiences and opinions on publishing, grants and award applications, mentoring students, and becoming a public academic through Twitter and her podcast, The Black Goat.

Following lunch, sessions were organized around topics most relevant to pre-tenure faculty, including getting one’s scholarship and teaching established, fostering collaborations, and managing money.  The attendees appreciated the informality of these conversations, as well as the space for peer mentorship they provided. One participant said of the peer mentoring conversations: “I appreciated and genuinely benefited from the peer-to-peer knowledge and insight sharing. It was also wonderful to be in a space that is so unlike most experiences in academia, one in which people of color are represented.”

The day ended at a dinner shared with the BlaSPR team, bringing the first day of Flourish full circle. Flourish attendees shared their experiences of being on the job market, working at teaching- vs. research-centered institutions, and living life as early-career faculty members with BlaSPR's graduate students and postdocs. The students’ enthusiasm for connecting with each other and the Flourish attendees was infectious, and the dinner was a highlight for many. One Flourish attendee commented in the feedback survey: “I absolutely had a blast at the BlaSPR dinner—thanks so much for having this be part of our program.” After beginning the retreat with mentorship from a senior faculty member and continuing with peer mentorship, Day 1 concluded with an opportunity to connect with the graduate students.

The following morning, Flourish regrouped for breakfast and lunch to exchange resources for personal and professional productivity and create plans for future retreats and further involvement in SPSP’s diversity initiatives. To help people keep in touch, the Flourish organizers set up a Slack channel and group chat; attendees have also made good use of Twitter.

Based on the participant feedback, this first iteration of Flourish seems to have accomplished its community-building goals:

“I seldom have the luxury of navigating spaces where every person wants to see me win and that alone made the trip worth it. Flourish is EXACTLY what I needed!”

“I left the post-conference feeling affirmed, energized, and even more ready to produce and contribute to the field through my research, teaching and service.”

The organizers look forward to expanding Flourish in future years, continuing to facilitate a space for pre-tenure faculty of color at SPSP at varying institutions and in different stages of the pre-tenure process. 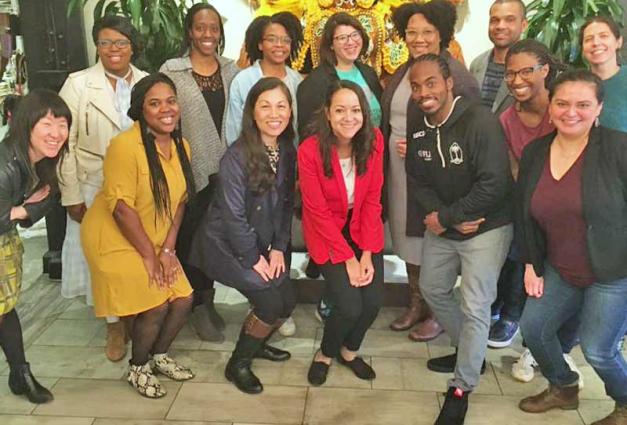